Donald Trump’s former confidante Steve Bannon has been on a latter-day American Grand Tour around Europe. But rather than making his peace ‘With learned Italian things / And the proud stones of Greece’, he embarked on an ideological excursion through the newly constituted enclaves of extreme right wing Populism; spreading a gospel on behalf of his erstwhile ally Mr. Trump, who unceremoniously dumped him last year.

At one level this is a rapprochement with a mentor, who he praises gushingly when given the opportunity, and also an exercise in lobbying on behalf of the corporate interests he serves. All of this is treated as Populism, which originated as a recognition of the socio-economic rights of the working class.

The U.S. Populist Party was a movement of the 1890s, involving Midwestern and Southern farmers and some labour unions, which denounced an economic system in which the fruits of the toil of millions has been stolen to build colossal fortunes for a few. It was also laced with religious fundamentalism. This latter is also an important ingredient to the Trump formula too: the rights of the poor are ultimately subordinate to the Never Never Land promise of an afterlife. Some consider Trump a latter-day Nebuchadnezzar, ‘sent by God to wreak vengeance on an idolatrous and wicked people’.

In Europe Populist movements have also been left wing, and even Communist: including the Popular Front governments of France and Spain during the 1930s, which ultimately succumbed to Fascist invasions. Mr Bannon pretends to be unconcerned whether Populism is of the Right or Left; although Mussolini, who he praises for his virility, was also in some respects a Populist, having begun his political journey as a socialist.

Usage was revived, erroneously, in the 1950s to describe the ‘Populist’ anti-Communist ‘witch hunt’ of Joseph McCarthy, reflecting how Populism had drawn closer to an appeal to prejudice and selfish sectional interest.

On his recent tour Bannon sang the praises of recently elected Populist governments in Italy and Hungary, some of whom bear more than a family resemblance to fascists. Power to the people. As long as they vote for us of course.

Bannon paints a picture of conflict in broad brush strokes, between a global elite and the Ordinary Working Joe. A distinction is drawn between populist nationalism, and the global establishment of what he terms ‘crony capitalism’.

This passage from a recent Vanity Fair interview puts this in perspective:

Bannon’s blue-collar upbringing and conservative Catholic faith undergird his populist ideas. He argues that his platform of economic nationalism has been misrepresented by critics that label it racist. Cutting immigration and erecting trade barriers will help people of color by tightening the labor market, thereby raising wages. In the White House, he argued to increase tax rates on the wealthy and has problems with the G.O.P. tax plan (although he ultimately supports it). Bannon also argued to end the country’s decades-long entanglement in Afghanistan and spend the money at home. “You could rebuild America! Do you understand what Baltimore and St. Louis and these places would look like?” And he told me he thinks the government should regulate Google and Facebook like public utilities. “They’re too powerful. I want to make sure their data is a public trust. The stocks would drop two-thirds in value.

I was reminded of the famous description of Richard Nixon being about as honest as a three dollar bill, and, as Noam Chomsky puts it: ‘language in the service of propaganda’.

Let us ascertain what Steve Bannon is really saying: he wants national sovereignty reasserted against the global elite, but curiously Populist governments, such as his own, tend to favour the global elite in their tax programmes.

There is ample resistance in Europe to transnational corporations, so Bannon’s real mission appears to be to retain European markets, and undermine the European Union, which brings unnecessary encumbrances to the interests of his sponsors: American elite capitalism; his cronies; his global elite; his gang.

The real objection is to those global elites that threaten the agenda of Goldman Sachs and transnational U.S. capitalism. He does not appreciate the “crony capitalism” of those elites that are not his cronies.

Superficially he favours the working man and protection of indigenous citizens. Meanwhile his mentor, after riding a wave of blue collar support, displayed his gratitude by dismantling ‘horrible’ Obamacare, ironically affecting his own constituency far worse than Democrat voters.

By reneging on the Paris Climate Change agreement, and placing industry ‘yes men’ in the EPA, Trump and Bannon may precipitate another Dust Bowl in Middle America; creating new Grapes of Wrath, and accelerating the destruction of blue collar America, which voted for him under false pretenses.

In the words of Zizek the working class are being sold ‘ideological misidentification’, which Marx understood as a form of brainwashing to vote contrary to one’s interests.

How better to pander to the working class than by invoking the threat of a Satanic Other, or enemy within, such as the Jews were defined by the Nazis. Today we have undocumented aliens stealing ‘our’ jobs, or foreigners polluting ‘our’ gene pool.

Bannon emphasises sovereignty and economic autarky, but this should not prevent the free flow of ethnically-diverse American business people – commonly referred to as ex-pats – from selling into European markets.

On the other hand, the surplus populations of the Global South and those fleeing war zones such as Syria – which he expressly invokes in the context of Hungary – are to be stopped at the borders and their human rights annihilated. The quid pro quo for adopting U.S. economic norms is that populist European states can maintain their ethnic cleanliness. 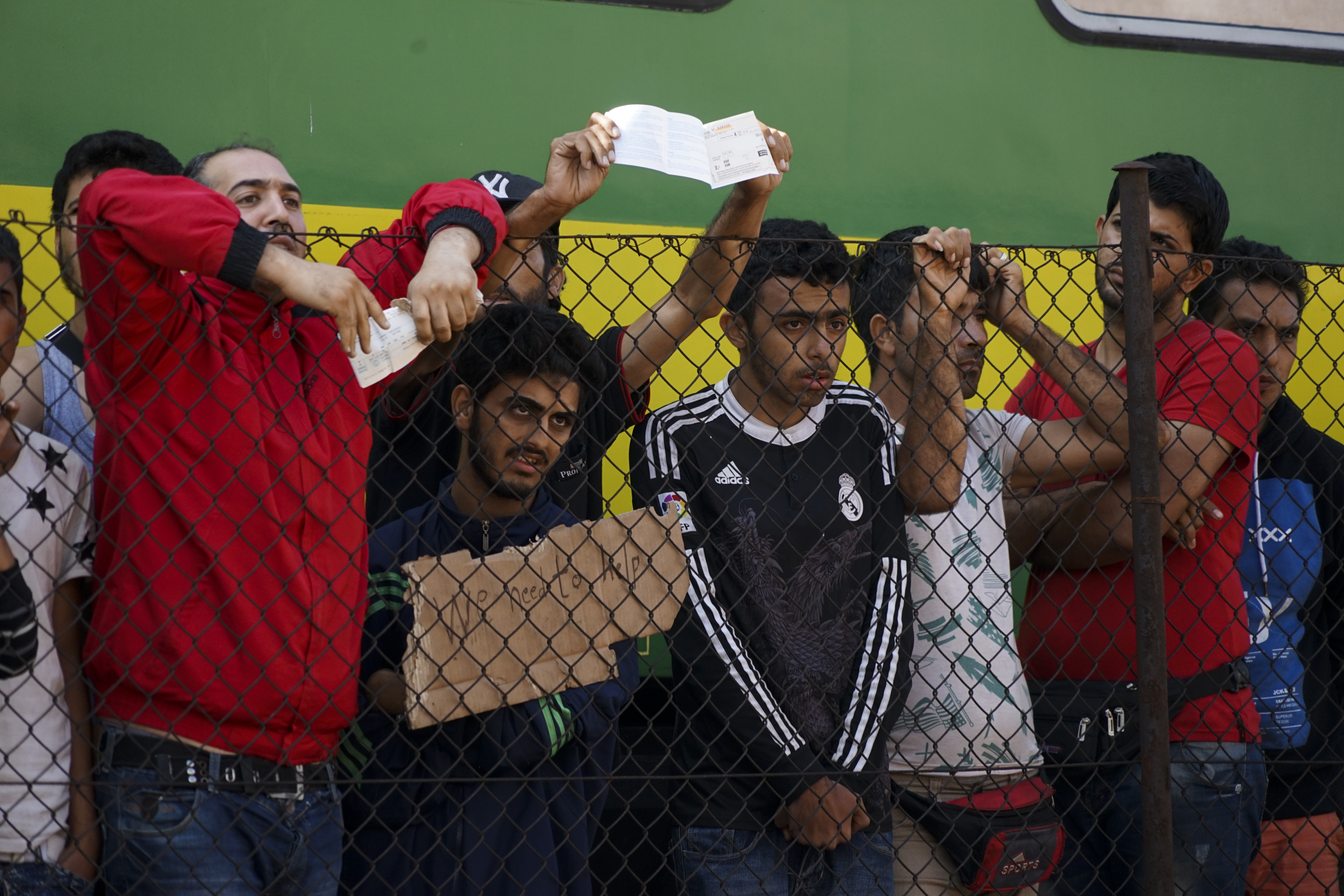 Their exile is of course the responsibility of the Military Industrial Complex that Bannon serves, which destabilised the Middle East. Although he criticises Bush and the GOP establishment, one wonders how much of this is a smokescreen.

Those legal Hispanic and working class Blacks workers that are pandered to will be abandoned when their American Dreams turn to nightmares. They will remain poverty-stricken, working longer hours for less, without health insurance or pension entitlements: a source of cheap labour. ‘Power to the people’ is a carefully constructed ruse. They will have no power and be told what to do.

Critical media has to be aligned with Globalised capitalism, or treated as an enemy of the people. They cannot be allowed to speak the truth to power, or at least to Mr Trump. Such people do not answer questions which are asked of them because they avoid them.

Mr Bannon speaks and writes in carefully-crafted soundbites and pseudo-intellectualisms, which do not stand up to serious scrutiny. His new-found Populist narrative requires Bannon to ignore his long association with the handmaiden’s of globalisation, Goldman Sachs, while Trump’s administration comprises an assortment of cronies from the global elite.

Ideological opposition to NAFTA, which serves certain U.S. interests, does not extend to supporting the EU’s current stance on the TTIP, which would allow American and other corporate interests to override national sovereignty, and sue the living daylights out of national governments and small businesses.

Steve Bannon is against radicalisation, which is given an etiolated definition as anything that exposes his agenda. The new radicals he despises are liberal professors, human rights activists and journalists who expose the horrendous economic and environmental effects of neo-liberalism. In short, those who speak candidly on the media, and cannot be bought.

The new generation of soft-skilled snowflakes cannot be exposed to what the likes of Steve Bannon has in store for them. They must be compliant and vote for the Right candidates. Self-immolation of the innocents.

Interestingly, Bannon is now appealing to Bernie Sander’s constituency, as Sanders is the real deal and must be neutralised, and his ideological clothes appropriated. For a genuine Populist to represent working class interests would be disastrous. 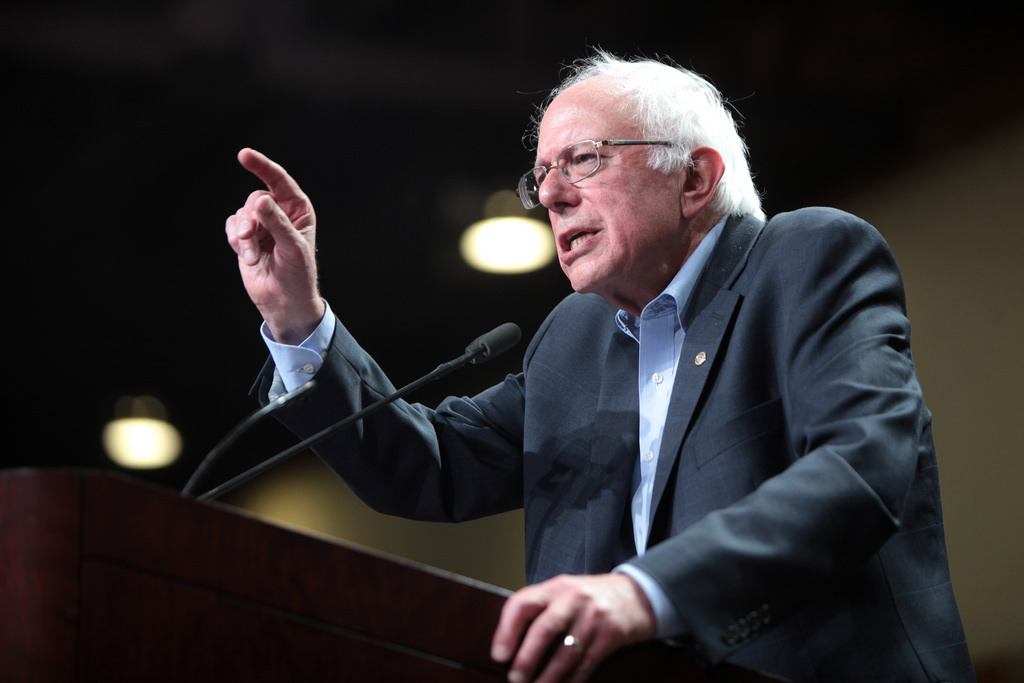 III – Calling a fascist a fascist

I regard Steve Bannon as an ubermensch fascist who believes in Social Darwinism, and the control of the worker by the insanely rich. He does not care a jot about the working class, save as objects of exploitation to be duped.

He is a shameless transnational capitalist, and only opposes it when regulation (referred to as red tape, as if polluting a river is just a matter of red tape) challenges his interests. He is a demagogue, who preys on the insecurities and prejudices of the working class to buttress his faction.

He is aware of an impending environmental and economic meltdown, and is recommending compounds for the mega rich, who expect to be enriched further through his propagandistic grand tour to the now proto-fascist and compliant enclaves of Italy, Hungary and the Czech Republic.

He is even more dangerous than Trump because he is cleverer, his rhetoric a disturbing marriage of psycho-babble and neo-liberalism.

What is needed to counteract him is what he despises: fearless criticism, and genuine Populism divorced from religious fundamentalism. This is coming from Bernie Saunders, NGOs, human rights activists and anyone who still believes in a liberal education, the Rule of Law, and sees the dangers inherent in an appeal to the mob.

The aspiring Emperor Bannon has no clothes, and offers hope in the manner of a quack doctor or false messiah.

Behind the toxic combination of Neoliberalism and demagoguery, the presentation of relativistic half-baked shibboleths, is what Chomsky describes as the most dangerous organisation on earth: the right wing of the Republican Party, controlled by religious maniacs envisaging the end of days.

Steve Bannon is of course carefully providing escape hatches for the mega rich to weather the coming storm in compounds away from the Populist mob, which they simultaneously exploit and undermine.

Death on the installment plan, as mortgage owners in Ireland find out, or as George Orwell put it: How the Poor Die.