On May 9th Malaysia’s electorate unequivocally rejected Prime Minister Najib Tun Razak’s Barisan National coalition, including the UMNO party which had participated in every government since the foundation of the state. The demise of this kleptocratic regime was met with shock, even denial, by now unemployed government ministers.

A democratic, peaceful overthrow took place without a single drop of blood being spilt; no riots or street clashes occurred, despite attempts to destabilise the electoral process with cynical manipulation of racial and religious tensions.

The defeat of the conservative-centrist, ethnic Malay government to a centre-left multi-ethnic party is a fantasy made possible by unprecedented unity among the electorate. The coalition was led by the Pakatan Harapan (‘alliance of hope’) party, which was founded in 2015 after yet another general election had failed to bring down the government.

The new party is led by veteran former Prime Minister, Tun Dr. Mahathir Mohammad, who became convinced by the need to clean-up endemic state corruption, right up to the highest offices. This meant ousting the party he had led for over twenty years as Prime Minister from the 1980’s onwards. Perhaps he recognised that his own policies had inadvertently bred a culture of privilege and corruption.

This coalition brings together opposition parties including the Democratic Action Party, Bersatu and Parti Keadilan Rakyat (‘the people’s justice party’), the latter of which is led by Mr. Anwar Ibrahim, who was only released from prison last month. He had been incarcerated on charges of sodomy, and had been the main political rival to Dr. Mahathir Mohammad during his tenure in power.

In this campaign, however, these venerable political strategists displayed genuine political maturity, setting aside their differences with national progress in mind, to have another tilt at winning high political office. They convinced the people they were the only viable alternative to the seemingly endless extraction of wealth from a country steeped in resources. 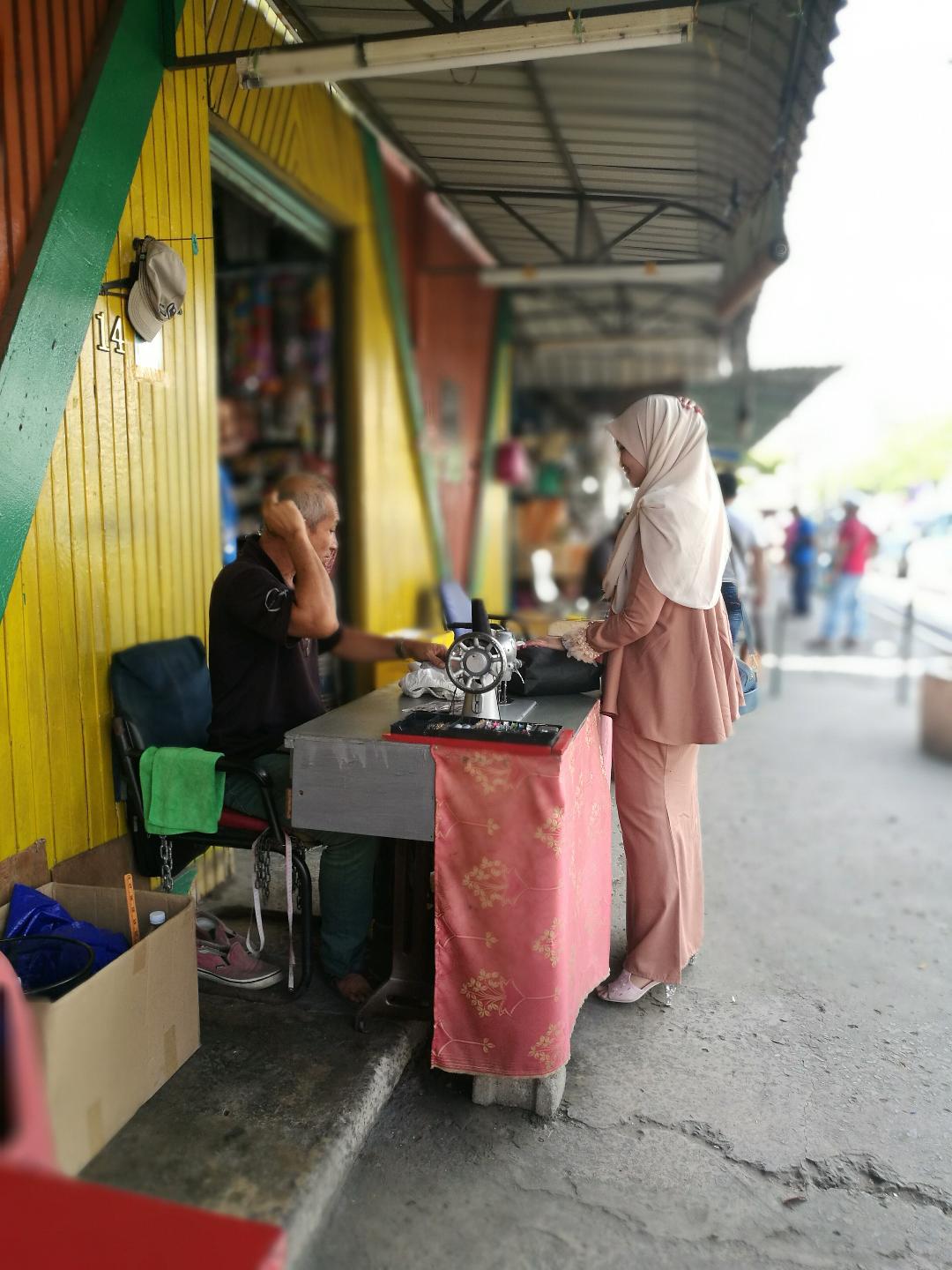 The previous government were implicated in a number of corruption scandals, such as the colossal 1MDB affair, where billions of Rinngit-Malaysia went missing from a development fund, only for a similar value to appear in then Prime Minister (and self-appointed finance minister) Najib Tun Razak’s own bank account.  His claim this was a gift from Saudi Arabia was initially denied, and only later agreed by the Saudi authorities.

Following on from this Saudi Arabia identified a coalition of Muslim nations, which included Malaysia, allied to their bombardment of tribal villages and unarmed civilians in Yemen. The Saudis brazenly displayed the Malaysian flag, with no objection from Najib’s government.

Malaysia is an historically neutral country, opposed to warfare, and has played key roles in UN-led initiatives from the Balkans to tribal conflict in Somalia. Najib is also embroiled in alleged cases of murder.

The people’s victory was made all the sweeter considering the gerrymandering of electoral districts and the tactic of holding the vote on a Wednesday between the hours of 9am and 5pm to the disadvantage of many workers, who could not reach polling stations in time to vote: especially those working outside states they were registered to vote.

Foreign ballots were also deliberately withheld, so as to make it impossible to return these before the deadline. The more obstacles the government put in the way of the Malaysian rakyat (‘people’) the greater their determination to remove a corrupt elite.

The core parties elected to run the fourteenth government of Malaysia now hold 124 of the 222 seats in parliament, which includes majority ethnic Malays, Chinese and Indians, as well as representatives of indigenous groups from the states of Sabah and Sarawak on the island of Borneo.

The post-colonial hang-ups of racial and religious divisions may finally be in retreat, giving breathing space for a more confident and inclusive national identity, drawing strength from its diversity. Notably, when the new minister of finance was asked by a reporter what it felt like to be the ‘first Chinese finance minister’, his answer was: ‘I’m sorry I don’t consider myself a Chinese, I am a Malaysian.’

It is a work-in-progress for all who voted for this new government to exemplify that inclusivity of Malaysian-ness, and encourage their opponents to recognise the benefits, and stability, this mind-set brings.

Much work is in store for the new government. They have not been idle, immediately working on policy reforms and creating transparency, as well initiating the process of making accountable those who impoverished the country.

They plan a root and branch reform of state institutions, beginning with the removal of some seventeen thousand excess contract officers and political appointees.

Najib and his notorious wife Rosmah – who makes Imelda Marcos seem positively parsimonious – have had their right to travel out of the country revoked; and as many as seventy suitcases filled with cash, and two hundred and eighty-four luxury hand bags (including fifty Hermes Berkini handbags costing up to US$250,000 each) have been seized. This is before their bank accounts, properties and other assets around the world are investigated.

More importantly, the new government have expressed a determination to relieve the financial burden on the state, the extent of which the previous finance minister had hidden. The new Prime Minister has revealed that Malaysia is in debt of up to 1 trillion Ringgit Malaysia, that is US$250 billion.

While it will be a major task to meet debt commitments, if this government puts in place convincing policies of transparency, coupled with fair allocation of resources, trust will be engendered.

Moreover with the political nous and experience of Dr Mahathir Mohammad at the helm the crisis seems likely to be overcome. It was his brainchild to peg the ringgit to the US dollar during the catastrophic wipe out of South East Asian economies in 1997. This and other measures made Malaysia the fastest recovering economy in the region, a strategy dubbed Mahathiriskonomisme by developmental economists: combining Mahathir with the word risk and economy.

From an Irish perspective, Malaysia offers parties here who have never served in government a good lesson in thinking big. For too long we have been ruled by the tweedle-dum of Fianna Fail and the tweedle-dee of Fine Gael, in rotation, since the foundation of the state.

The Irish political establishment have presided over a succession of failing state institutions from a crumbling health care system, to an on-going housing emergency, banking and police corruption, to name but a few. Promises of reform are clearly subordinate to Neoliberal corporate-state relationships.

Perhaps it is time for opposition parties, in particular Sinn Fein, People Before Profit, The Left Alliance and independents to get their act together, place differences aside and move against the status quo. Then under one banner restore the rule of law and accountability, re-imagining Ireland in a way that speaks to the immediate needs of the people, and behaves as an honest broker in its foreign policy. Backed by a population which believes in a better future, just as the Malaysian people did, perhaps Ireland could reinvigorate national pride, our economy, and finally put an end to the emigration brain-drain.

Tabek (respect) Malaysia: whilst operating in globalised capitalist times, your overthrow of a corrupt regime shines as a beacon to the rest of the world. Now walk the talk Putra Jaya parliament, the Malaysian political tsunami can rise, and will rise again.

Aminah Dastan is a recording artist and music activist based in Ireland, founder of small not for profit music festival Sundown Gathering. She has an honors degree in Environmental Biology and postgraduate in Cultural Event Management. She grew up in both Ireland and Malaysia and has a keen interest in social inclusion and development through participation in the arts and sustainability.