Back in the 1990s, you may not believe this, even if you actually lived through that decade it’s hard to believe it now, but people went about in all kinds of crazy outfits: fake fur, feathers, sequins, lycra, metallics, colour-change intelligent fabric, you name it. Not for Pride or a summer festival, but for everyday.

This one dude I knew used to go out dancing with a pair of wooden shades on his head. I’m telling you. Solid wood, no glass at all, just slits carved across for him to see through.

Amazing face on him, sharp ebony cheekbones, hyper-alert like he was going full tilt at some secret mission no one else would ever get the point of, but he didn’t mind, he was damn well going to get through it anyhow. An odd sort of perfectionist.

And he didn’t look stupid at all in his wooden shades, I swear, he was the coolest dude ever. Coulda been a rapper but he was teacher by day, part-time DJ by night.

Back then everyone under thirty wanted to be a DJ, but in his case it was true. I asked him once how could he even see the turntables through those shades, and put out my hand to try them on. He shook his head, said I’d have to make my own. But he did tell me this:

The weird thing about wooden shades is, your vision compensates: once you have them on the wood disappears, your eye registers only the view between the slits.

It’s all so far off now, the 1990s. Almost further off than the 1950s. Just barely the far side of the millennium, a time when everything was on a roll — music, fashion, economy, peace, technology — it seemed every new thing was the coolest thing on the planet. We had no idea then that a load of less cool stuff was just over the horizon.

All we wanted was to be at the best party, to dance all night and through the sunrise, to get a pair of those silver throwaway glasses in time so we could watch the next eclipse without going blind.

For half that decade we didn’t yet have email and the idea of usable mobile phones was like something off Star Trek.

Back then, climate change was called global warming and was just a significant maybe that we still hoped was not true — not the inconvenient fact that today burns down homes, villages, forests and fields, spawns hail drifts at the height of summer, sweeps people and cars away in flash floods.

When the internet arrived, a glitchy as yet unpopulated net full of holes and white error space and ‘did-you-means’, we welcomed it and cherished its absurdly clashing links, not knowing this http://wwworld wide web kkshhhhhhteeupppoppmeeeia would lure us in with anarchic, random amusements, then trap us in a life governed by algorithms. That it would force us to fill in online forms, accept cookies to track our every move, offer no safe return to the out-of-date earthly world.

And now? Now that the Nineties are a long way off, yet their legacy still with us. Or we buried in it? I can’t explain. My brain goes fuzzy at the left temple when I try to get it straight. Somehow it’s linked to the wooden shades worn by my DJ friend, because it seemed after a while that we were all of us permanently wearing sunglasses.

Not the old kind which made reds go brown and the sky turquoise instead of blue, so you knew you had them on. These shades were different. Smarter. They made everything so clear, so colourful and so detailed, you could keep zooming in and in, from coastal map to city street, from exterior to interior, from the human standing in front of you right in close on the iris and the clouds reflected in the gaping pupil. If you looked carefully you’d see a camera reflected there also.

A mechanical eye as witness to your own, and vice versa, so at the point where your gaze ended and the digital image or electronic gaze began, no join was visible. This was the infinite excitement of digital, a playground of looped possibility, invisible glasses producing such perfect images of the world, we forgot they even were images.

Reality, though. What is it really? A warm summer night spent tossing and turning because things are not going as you hoped. The knowledge that ‘warming’ does not necessarily translate to sunnier  weather.

Reality tonight is knowing you are alone, either because everyone you know is asleep, or because you have gradually let go of your friends, avoided their birthdays after birthdays, their need (like your own) for a repeat audience to hear old stories.

Reality is the cool touch of shadow on skin, walking from the coffee shop to the unfinished building that is home. A space where energy is diminished, where it costs more and its use makes you uneasy.

Reality is hearing from Athens that Nea Demokratia won the election, and knowing ‘new democracy’ in this case means Old Fascism. A trend pinging round networks and nations, improbable yet seemingly unstoppable, because it’s hard to chase a thing without a physical presence, hard to stop an online joke that suddenly is no joke at all.

In a mundane world, humans (s)elect the bizarre. Election by algorithm. Reality can be all kind of goodness but right now this is not the case. Truth refracted through digital is squashed, re-versioned, bounced through the parabola and comes out the far side as untruth. This is not reality. Not the reality you want to inhabit.

Or is it up to us where we look, what shades we choose to wear? Reality might be a warm hand in yours, unfiltered voices, music. Yes, maybe reality is music. We lost the beat is all, are having trouble finding it again. We must try a little harder, gather up the strings and feathers we threw for fun into the sky while dancing, which now lie scattered on the sands. Bring them together. 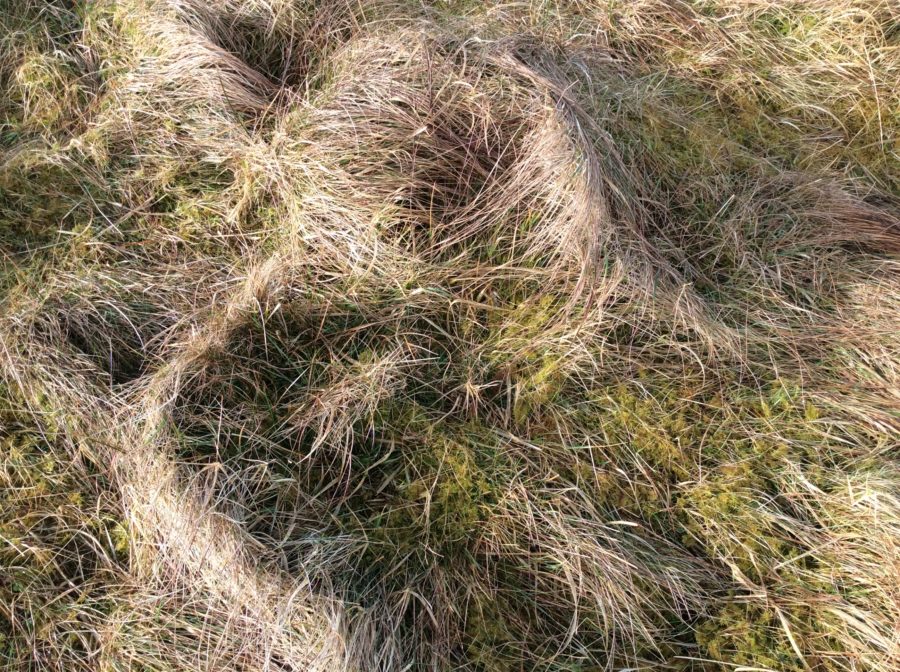 you with your white hair and your negatived face, with your quick words and quicker laughter, your voice in the idiom of my youth. perhaps not particularly _your_ voice, perhaps it could be any dublinish voice, belong to any one of thousands of people, but yours is the voice I hear and it transports me in and out of that time. and later, in and out of a time and place made with you

something here about time travel – being kidnapped by or in time. silvery anthropoid outlines on a spaceship transporter. gaps in the  continuum. moving through time on the USS Ellipsis…

the timecode on the video fucked. randomly disintegrating or  scratched up on purpose, it’s hard to tell

until i read, in a book on time called pip-pip about a language spoken on a remote island, that this language uses the same word to mean both time and place. think also of the greek kairos we spoke of, which if we had it right is time as season, the perfect moment for a thing. those messages are gone now. deleted, or lost in the old phone. what remains suggests perfect moments are easily missed

something feathery re-tunes the white noise and flaps into frame

a man found a swan on a dublin street and wrapped it in his jacket, carried it back to water. someone put up a photo on the w-w-web, and the man was that day’s social media hero in minutes… how embarrassing all that for the swan, i am sure there’s a perfect explanation if we only got swan point-of-view, and besides we are the ones who put all that concrete in the swan’s way. who tamed it with stale crusts, left it to swim with cars for company on a straight-edged codicil to some long forgotten river

is it this swan i’m seeing, or is it a group of swans?

the swans photographed in the garden that day when the guards ripped my film from the camera and exposed it to the sun’s slant rays. hard to unremember that moment, it stole some fragile link to the garden’s long-ago use as a corral for dublinish rebels

sunken concrete garden that today’s dubliners hurry past, drone of traffic surrounding it, iron railings hiding it in plain view

since the arrest there’s been no point going back there, no point walking past the water and up the steps to the tall dark metal swans

before, standing there made me one of them

one of four swans circling back to a land known before we were banished to the cold seas, four swans changing back into children, our put-on feathers leaving us, and after our feet touch down we get old in sudden bursts like time-lapse until we are four white-haired children a thousand years old, our lives all used up in faraway places, happy now to be touching down on solid ground for one last sped-up, blood-warm moment