The Zechstein Sea is an ancient body of salt water, now existing as a geological seam of salt extending across Northern Europe from Ireland to Russia. As the seam progresses eastwards and deepens into what was a body of salt water, the mineral content changes and the colour and density of the salt varies: giving rise to brown salt in Ireland; a grey colour in the UK; red and blue in Germany; and white in Poland. 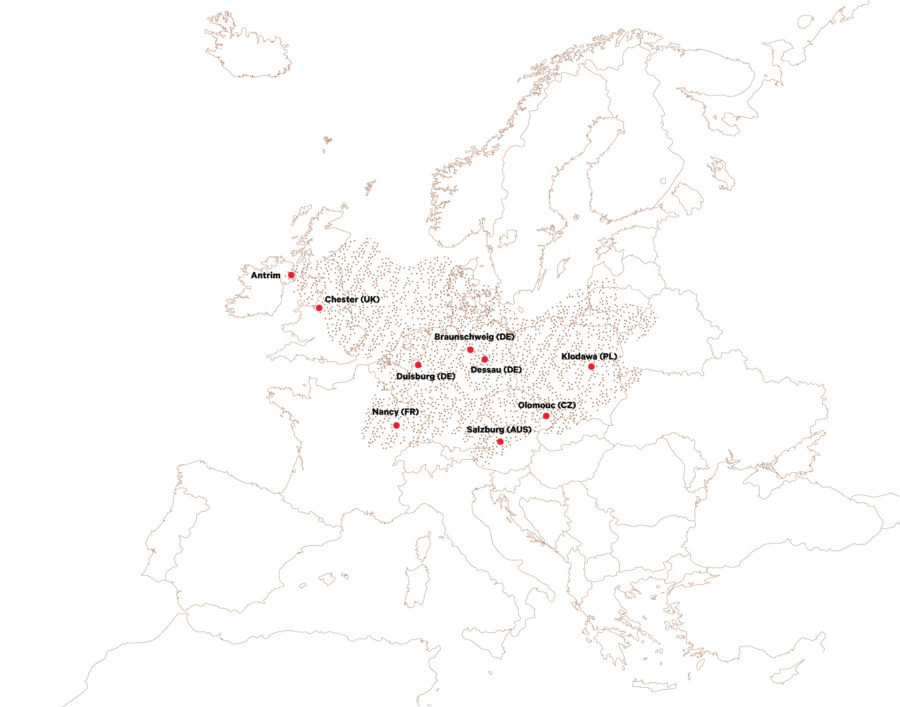 As part of an ongoing project I have been creating carvings from rocks found in salt mines acrosss Europe tapping into this seam. These vessels range from a roughly hewn rock to a finely carved bowl; they are a manifestation of this ancient sea, an enduring connection that defies contemporary borders and nation states. At the same time, the forms reflect their simple origins in the collosal power of today’s mining industry: the digging out of the earth and the hollows that remain. 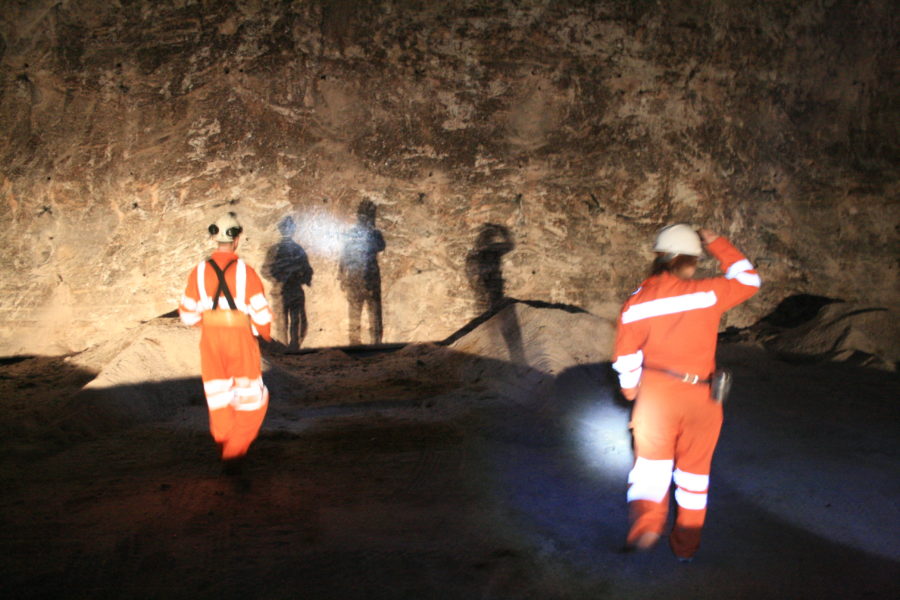 Salt is hygroscopic by nature. It has a need to absorb water, in essence to return to being the sea. Given this property, the vessels are unusable objects. Rather they are hosts, a symbol of openness and a meditation on the extraordinary world of little things, conveying the idea of the sea contained in a salt crystal.

Salarium is made possible and facilitated by EUSalt, an umbrella association for European salt workers. Following an initial expression of interest in the concept of the project, EUSalt have supported Salarium through an annual commission of salt carvings that serve as awards and gifts for presenters and exemplary mines at their annual GA Salt summit. In this respect the economy of Salarium has become an essential structural element in the project, which is not simply a faciliating force, but a conceptual cornerstone to its formation.

The title ‘Salarium’ refers to the economic value of salt within the relatively short spectrum of recorded human history, and the seminal role that it has played as the origins of ‘salary’ in the development of the contemporary economy. As geologists consider the end of the Holocene and the onset of a new geological epoch, Salarium (230 million BCE- Ongoing) offers a punctuation, a hollow, a space to consider human legacy and the transience of economic value.

Elements of Salarium will be on show at: