It’s a dark, stormy night in the middle of January, 2016 and I am listening to gale force winds slam on the tin roof overhead. We are in a small fishing cottage in Donegal, on one of the most remote headlands in the country. There is no electricity, the closest neighbour is a twenty minute drive away and the nearest pint a hike over the looming mountain. As harsh as this sounds, it is exactly what I need.

I am suffering from ‘burn out’ you see, so these icy blasts of Atlantic air are a soothing balm to my scorched senses, the isolation a tonic. For six years I have been a freelance artist, environmental activist and educator, based in Dublin. 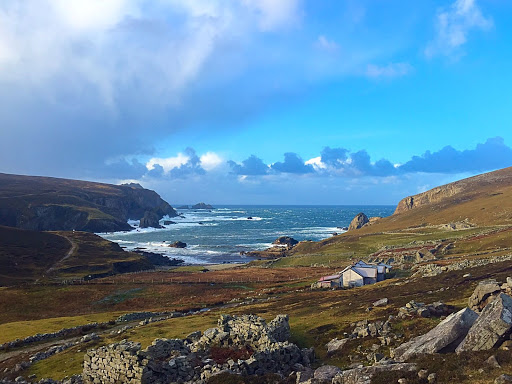 In that time I have scraped, salvaged and hammered large-scale art installations into being. Using reclaimed materials as my medium and naivety as my armour, I have tried to raise environmental awareness through art.

These attempts have included vertical ‘window farms’ in school foyers, multi-storey cardboard dragons in Barcelona, and a shoal of two hundred tin can fish to highlight the blight of overfishing. Suffice to say, I am a bit tired.

We are facing environmental collapse and I am holding a pencil

The journey began quite some time ago. I was under ten when I staged my first ‘protest’ (solo and quite ineffective, but charming I’m sure). I filled my bedroom with hand-drawn environmental posters. My heroes then were the bedraggled eco-warriors living atop trees in the Glen-of-the-Downs, who I had seen on RTE’s Six One News in 1990’s Ireland. I idolised them from a threadbare armchair in West Cork.

If Nature was my first love and inclination, Art became my boon and in 2010 I graduated from the National College of Art and Design. Emerging from the shuttered, blue gates on Thomas Street into peak-recession Ireland, I felt distinctly confused, and became caught up for a while in the art-clique-jargon-speak of galleries, shows and funding proposals. I engaged for a while, until realising with a jolt I had lost my way.

I came across a headline stating: ‘Scientists say by 2050 there will be more plastic in the sea than fish.’ I remembered my ten year old self and the joy of playing by the sea. By the time I would reach sixty-four systems such as these could be in irreversible crisis. The more I read, the starker the prognosis became: species loss; extreme climate events. We are facing environmental collapse and I’m holding a pencil.

As an alternative to all out panic, there ensued six years of magical, exhausting and invigorating creative activity. ‘In flow’ I found huge resources of energy, produced installations incessantly and started my own environmental education company. I cycled, danced and skip-dived through my twenties in fabulous company, finding like-minded people and speaking plainly. I became so contented I almost forget the instincts of my ten-year-old self.

That was until I began spending more time with ten-year-olds, visiting schools all over Dublin to educate them on environmental issues, and inspire creative activism. 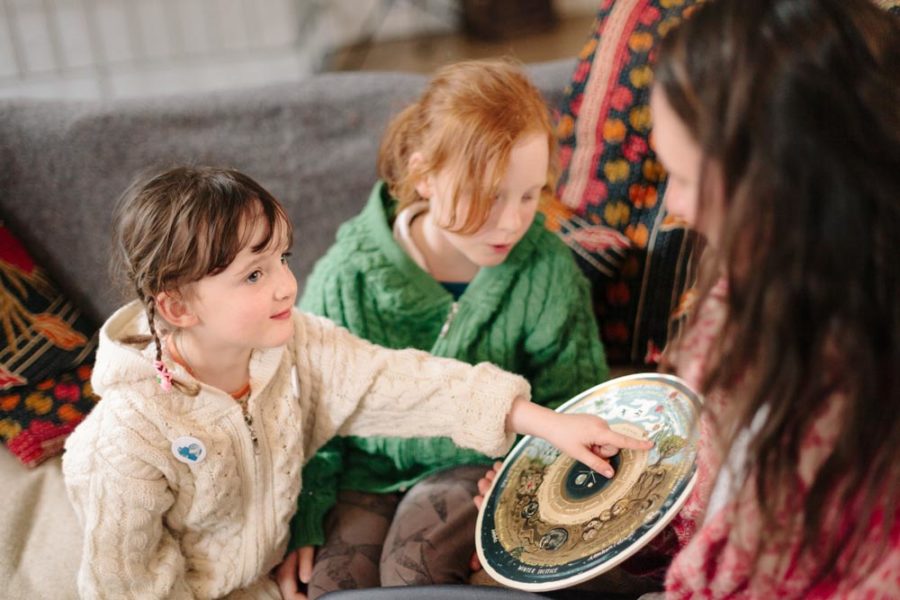 I find all young people intuitively care about the natural world. This is despite many being cut off from its beauty, solace and life-giving force. I also cannot help noticing that ‘proper’ grown-ups, while claiming to care about the environment are unwilling to change what are often destructive behaviours. Over time we become disconnected from Nature, and cease to really care.

Oh dear, here I am again. Except now the climate science is more alarming and the political situation even more dire. What on earth can I do from this small art studio on Francis Street? I stare at the wall. I pretend to be busy. I help others with their projects, to distract from my latest creative paralysis. I am asked to speak at events as an ‘art-activist.’ I flick through slides of my work feeling like a fraud. Global Warming Anxiety and Creative Burnout, sweat prickles my brow, ‘Can someone please open the window?!’

I walk from the fishing cottage down to the foamy shore. All is white in a terrific whipped cream, post-storm sea. The wind is still strong and I have to concentrate to stay upright as I watch flurries of sea birds find shelter in their cliff-face hide outs. Inky-black, an otter weaves in and out of the zinc white surf. With oil-spillery movements she is making the most of the many fish swept in by the mighty Atlantic heaves.

For two weeks we walk and explore, allowing our cheeks to be pelted pink by the icy winds. Venturing over the mountainside for a pint, we discover a small village with ancient standing stones scattered in unlikely positions: one is propped up by the local post office; another serves as one side of a farm gate; yet another towers conspicuously tall in a famine graveyard. All of them display mysterious circular patterns, which I trace with a gloved finger.

Back at the cottage, by the fire, I am reading Jung and his ideas of circle mandalas as a complete expression of self. I think about my own inner cycle, restless with creative energy before an inevitable collapse. Things come into focus, and I feel like a beach pebble finding the shape and warmth of beachcomber’s palm. At the old wooden table I begin drawing circles and start filling them with what I know of Nature.

And so from the darkest point in winter again flowers an impulse to art and curiosity. I draw circles depicting natural cycles. The wheel of the year, the phases of the moon, a woman’s energy cycle – cycles I know support whole life systems. I locate myself somewhere on this wheel, shifting through different seasons, through different levels of uncertainty.

There are periods between budding and blossoming; times requiring rest and reflection, as in a rich compost. I am beginning to understand that I, like the plant or a tree, am a cyclical being. This is the greatest connection I have forged with the natural world, and one that I know is vital for me to share.

Native Circles is my latest art-offering in the ever-confusing, messy and beautiful landscape of earthly human experience: a field guide to a life more connected to the natural world.