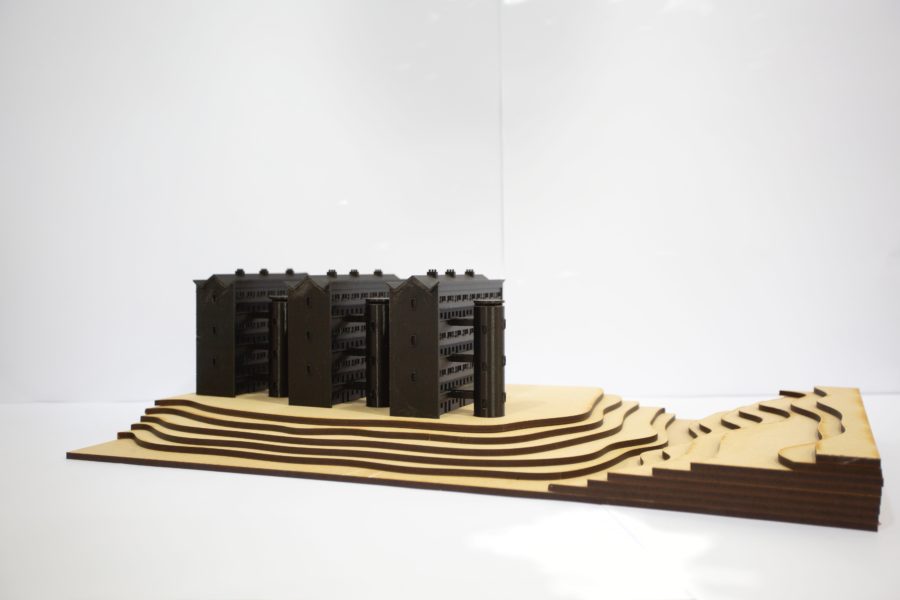 There is many a country that has decided to establish a capital city with grandeur, efficiency and unity of the central government. In ancient times, urban planning was pursued in Egypt, in a large number of cities in China, Greece and Rome. There are examples of this today in Washington, New Delhi, Ankara and Canberra.
There is no need to tell why the location of Tara is suitable from the historical point of view. But there are many other recommendations, which make it suitable as the Capital of Ireland. It is in the centre of the country (25 miles from Dublin; Belfast, 78; Derry, 127; Limerick, 99; Tralee, 159; Sligo, 106; Athlone, 72; Kilkenny, 94). It would satisfy the people of Belfast, who have a congenital hatred of Dublin, as a city of conflict and not only as a capital: it would break the alien influence of the people of Rathmines, Rathgar and the Royal Irish Academy on the persons of the Government of Ireland. Therefore, it would not be too far “at all”, from Dublin, and it would not oblige all the officials of the Government to be brought from Dublin nor from Belfast. The new city of Tara would not be removed from rural life, as is Dublin, and it would be a clear sign that we have left for good, the old-bad-days that we have had during the seven centuries, during which we were under the heavy yoke of England; may it be our intention, sincerely, to build a new epoch in Ireland for ourselves.

Ailtirí na hAiséirghe (Architects of the Resurrection) were an Irish fascist political party active in the 1940’s They envisioned a united Ireland where emigration as well as the speaking of the English language would be banned. Highly conservative and religious, they also saw women’s role as to produce as many offspring as possible in order to form a large army and imagine Ireland rising as a supreme leading nation after all other countries had been decimated during World War II.

‘Maoidheamh ar Árd-Cathair Stáit I dTeamhair’ (Declaration of the State Metropolis at Tara) by the architect Daithí Ó hÁinle appeared in one of their regularly published periodicals and included ‘Speer-esque’ urban planning and buildings such as a ‘National Avenue’, a stadium, ‘A Garden of Heroes’ and a ‘Column of the Resurrection.’ Later in his career, Ó hÁinle would progress on to be an architect for Dublin City Council, as well as designing the Garden of Remembrance and the Basilica at Knock.

In an age where ideology is becoming increasingly polarised, the rise of the right-wing normalised, open racism and bigotry espoused by world leaders, this way of thinking can no longer be dismissed, however bizarre sounding.

In a new series of sculptures made as resident artist at the College of Architecture & Engineering, UCD as part of Parity Studios, I presents a dystopian vision based on Ó hÁinle’s plans, that aim at interrogating notions of Irishness and national identity, particularly coming up to more centenary commemorations and Brexit.

A very special thank you to John Ryan, School of Civil Engineering, UCD.

Doireann Ni Ghrioghair’s exhibition ‘Declaration of the State Metropolis at Tara’ runs at the Pallas Projects/Studios in Dublin from November 1st to November, open Thursday-Saturday 12pm to 6pm.

Published in Articles, Artist of the month and Arts