Tune into any Irish radio station, and it is hard to escape the constant flogging of motor cars: RTE’s flagship ‘Morning Ireland’ is associated with Opel; sports bulletins on the same programme are brought to you by Kia; traffic introduced by Hyundai, only afterwards to be announced as ‘AA Roadwatch’. Ads for other brands such as Mercedes and Peugeot generally feature during commercial breaks, seemingly every third or fourth slot. By early evening it is ‘Drivetime’; while over on Newstalk, you find Ivan Yates’s ‘The Hard Shoulder’.

Ostensibly innocuous, if anything the adverts appear reassuring: smooth voices caressing parents into protecting their little cherubs inside whichever metal-cocoon-on-wheels they are selling. Branding imbues these vehicles – or ‘estates’ – with a pioneering sense of ‘Discovery’; a ‘Highlander’, ‘Land Cruiser’ or ‘Land Rover’ ranging across a great sweep of virgin landscape, as opposed to the reality of sitting for hours in traffic.

It is twelve years since the European Union’s environmental body described ‘Dublin as a ‘worst case scenario‘ for ‘unsustainable car-dependent urban sprawl(1)’. Yet peculiarly, RTE uses sales of imported cars as an indicator for how well the economy is performing(2).

The not-so-subliminal-message is that a shiny-new-car is a good sign. But car-usage is blatantly contrary to the national interest, if we are to reduce greenhouse gas emissions and associated fines. Transport, a substantial proportion of which is private car-usage, accounts for approximately 20% of all national emissions.

As long as media outlets receive hefty advertising revenue from car importers, there will be an inducement to avoid questioning our car culture. More obviously, vehicles are frequently offered as prizes in competitions, most recently on RTE’s ‘The Late Late Show’ on the 25th of May(3). By contrast, the lowly bicycle is rarely, if ever, considered prize-worthy.

Typically, when a cyclist is killed headlines and news bulletins state he has died in a collision – a passive inevitability arising from being on the wrong side of an autonomous vehicle. Yet such machines are under human control. Would it not be more accurate to say a cyclist has been killed?

Alas, neither cyclists, public transport users, nor pedestrians tend to purchase media space, despite comprising the vast majority of those in transit across Ireland, particularly in urban areas, in which most of the population now resides. Where there is coverage of transport alternatives it usually relates to how these affect motorists, as where bus lanes generate traffic jams, or where cyclists create a nuisance by failing to observe the law.

Little substantive probing occurs into improvements to the transport infrastructure – or indeed how Ireland stacks up internationally.

Apart from being presented as a nuisance, on those rare occasions that cycling is treated positively, it is depicted as good for children or fitness. But rarely, if ever, is it taken as a realistic alternative to the car. Overwhelmingly, the message is: four wheels good, two wheels bad.

Last month, a cyclist was killed by a driver turning a lorry at the main N11 junction immediately outside RTE’s premises in Dublin(4). Coincidentally, currently there are plans to develop a new vehicular junction along the N11 on lands formerly owned by RTE that are being redeveloped for housing. The plans are attracting objections, alleging the proposed provision for cyclists is unsafe and substandard(5).

Notably, the route is a major cycle artery to the country’s largest university, University College Dublin. The RTE radar does not appear to have picked up an important story on its doorstep.

III – Cars In Their Eyes

One basic measure the national broadcaster could make to raise public confidence would be to provide an easily accessible public declaration of any direct remuneration, ‘gifts’, or other contractual arrangements into which RTE or its senior personnel enter into with third parties, including car dealers and importers. This would be in line with the transparency the BBC demands of its employees(6).

It is of interest that over the years reports have emerged of various ‘stars’ being provided with complimentary cars by dealerships. As far back as May 2005, Tommy Broughan TD called for transparency, informing Dáil Éireann that Ryan Tubridy had the use of a Lexus, while Pat Kenny and Gerry Ryan (both then contracted to RTE) had ‘relationships’ with BMW and Mazda respectively(7).

Tubridy currently presents ‘The Late Late Show’, which is ‘sponsored’ by Renault. Earlier this year his comments – which the Dublin Cycling Campaign described as ‘casual incitement of hatred’ – attracted five hundred complaints to the broadcaster. He had suggested that people who (legally) cycle two abreast should be ‘binned‘(8).

Given RTE receives almost two hundred million euro per annum from the public through mandatory TV licences, surely the Irish people have a right to know whether Mr Tubridy continues to be provided with a vehicle by any outside firms.

What information there is available is generally gleaned from marketeers’ press releases. Investigations into possible conflicts of interest are almost unheard of, at least in public.

Meanwhile, an opinion piece last year by RTE’s Countrywide presenter Damien O’Reilly in The Farmers Journal ridiculed Irish cyclists for wearing luminescent clothing to ensure their safety: this was ‘aggressively coloured’ as O’Reilly put it(9). Separately, the Sunday Times revealed (following a successful freedom of information request) that O’Reilly had been paid for work done on behalf of An Bord Bia in Dubai, which was approved by RTE management(10).

‘Moonlighting’ of RTE stars has given rise to further controversy in recent months, with Claire Byrne landing herself in hot water over work done on behalf of financial services firm Davy’s(11).

Elsewhere there has been a failure to reveal corporate funding of programming. Phoenix Magazine reported that Derek Mooney’s Programme ‘Turf Life’, broadcast on May 4th 2018, was supported financially by Bord Na Móna, but this was not declared in the programme’s credits(12).

Over on Newstalk, George Hook set himself up as the champion of the poor downtrodden motorists, while castigating other road users – such as cyclists of course!

Last September he outdid himself, comparing cyclists to Nazis on the BBC’s Nolan Show(14). 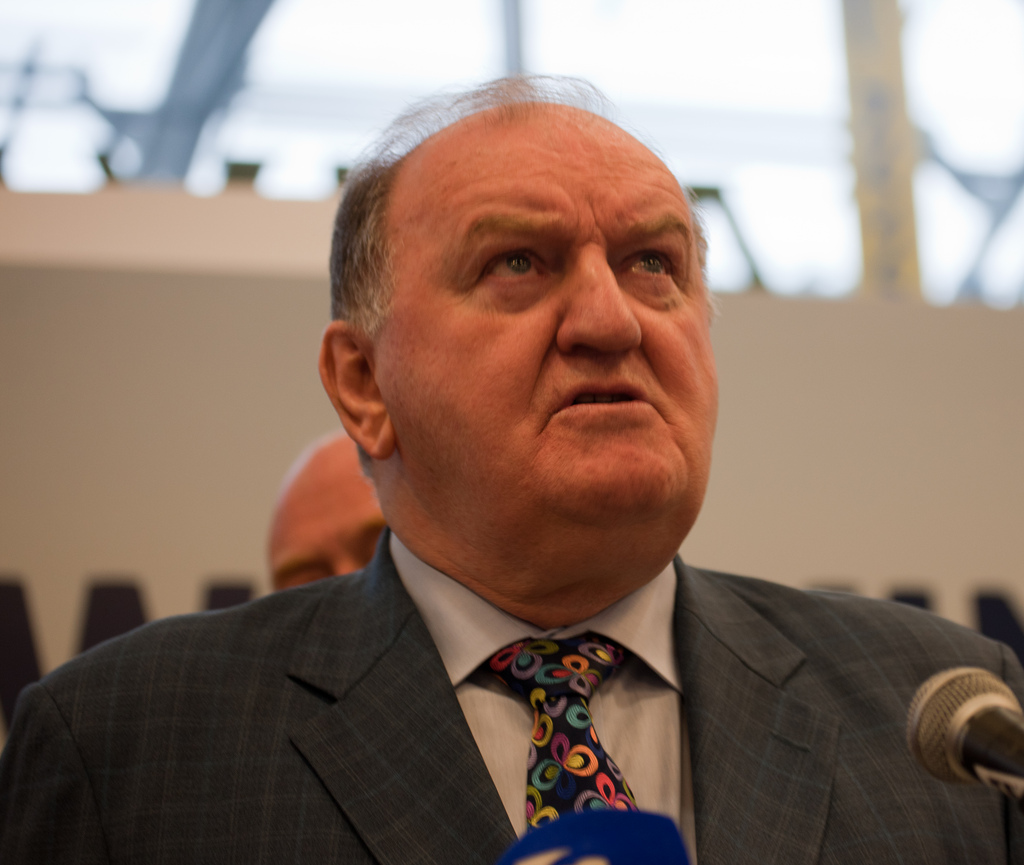 Notably, Hook has previously been provided with a free car by Peugeot. RTE’s own website carries a report from June 22nd, 2011 in their ‘Motors’ section, entitled (seemingly without irony) ‘508 Hooked’, in which ‘Peugeot Managing Director Geroge Harbourne said: ‘George is an excellent brand ambassador for Peugeot. We very much look forward to working with him to increase the awareness of the Peugeot brand in Ireland, through his high public profile’ (15).

Last year, national car sales dropped 10%, yet contrary to perceived wisdom this did not coincide with economic stagnation(16). Increasingly, those fortunate enough to get by without a car realise that these metal boxes no longer represent freedom, but are instead a costly burden best avoided.

Cars are good for a weekly shop – but so is a taxi – and in any case the traditional weekly shop is a decreasing habit, especially among the younger generation. Yet perversely, as more people move away from cars, the national broadcaster sings the praises of the internal combustion engine with increasing vigour.

During the ‘Bertie boom years’, many first-time buyers bought a ‘starter home’ far from Dublin, which required a long daily commute by car. This was often endured in the hope of returning to Dublin at some later date. Alas many of those dreams have receded.

These days, although accommodation in Dublin is in notoriously short supply, most of the younger generation are nonetheless opting to stay put in the capital, and avoiding the daily imprisonment that car dependency brings. Wander around the ‘go-getter ghettos’ of Google’s HQ on Barrow Street, Docklands, and East Point Business Park: cyclists, pedestrians, and public transport users abound, but there is little sign of cars.

In Dublin twenty years ago taxis were notoriously rare, and buses did not enjoy their own lanes. Having a motor in those days was a distinct advantage. Yet roll on two decades and owning a car is arguably more of a burden, and increasingly identified with ill-health.

The link between car dependency and obesity is well established(17); sadly, Ireland could be set to become the most obese country in Europe(18), which in part reflects our car dependency. Yet instead of discussing the obvious links, the Irish media is more likely to allude to the danger and zealotry of cyclists. Could it be that the idea of cycling as a normal mode of transport for regular people is too much of a threat to vested interests?

The New Scientist(19) reported that the fumes created by car engines tend to have a worse effect on those inside vehicles, rather than outside, as had previously been believed. That lovely ‘new car smell’ may actually mask toxic odours, which the driver and occupants might otherwise detect. For example, PM 10s are among the numerous known carcinogens created by diesel emissions(20).

Another report recently featured in the UK media indicates that a class action is being brought against Volkswagen(21), following the emissions scandal, which involved the manufacturer lying for years about the level of toxic fumes generated by its vehicles. This may be the tip of a large iceberg. 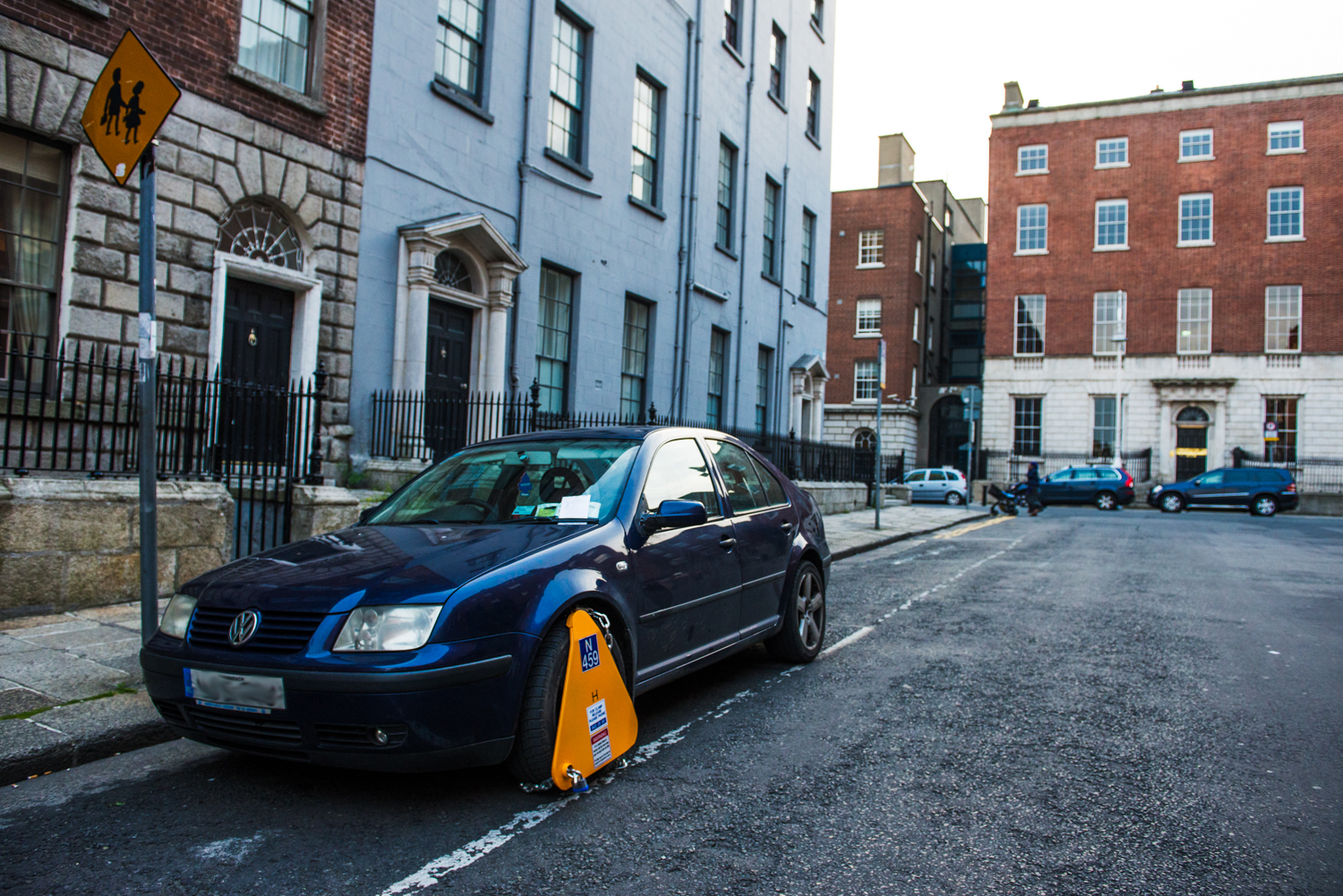 If it turns out that children developed asthma from riding in such vehicles – and if there is no background family history causation is plausible(22) – the emissions scandal could explode further, with major consequences in terms of costs to manufacturers, and changes in public policy.

Unsurprisingly, there has been little coverage of this in the Irish media, but the story could be of even more relevance here. Firstly, our greater car-dependency exposes us to greater danger. Secondly, the manufacturer associated with misleading governments, the public, and owners – Volkswagen – was the top-selling brand in this country between 2012 and 2016(23).

That is a triple-whammy to which Irish people may have been particularly exposed – yet hardly a peep from anywhere in the Irish media. Might we see greater coverage of such issues in mainstream Irish media in the years to come? Don’t hold your breath, unless that is you are being passed by a noxious vehicle belching out toxic fumes.

On May 8th RTE’s Freedom of Information Officer accepted a Freedom of Information Request from Cassandra Voices seeking records of payments or payments-in-kind from motor car dealership to leading RTE stars that have been approved by RTE management since January 1st, 2017. RTE have 30 days in which to respond. Details will be revealed in the next edition.