Few among the crowds walking down Thomas Street will know there is a hidden garden in the heart of the Liberties. In the past this site served as a car park, and a popular place to shoot up. Later it was bought up and fenced off. Shops and houses, however, had back door access and it became an unofficial dumping ground.

I first came across it in the spring of 2014, and met Tony Lowth the Guerrilla-Composter of Dublin City. By that time it had become a garden space, using a No-Dig method, with Tony’s stashed compost.

I was unemployed at that time and straight away I was hooked on the project. The students from nearby NCAD wanted to grow vegetables, Tony wanted to make compost and I was just looking for my place in the world (and some fresh vegetables).

Located in the city centre, there was an abundance of organic waste from some surprising sources. We were bringing in coffee grinds, horse manure, garden and vegetable waste. Tony went to Dublin’s Victorian fruit and vegetable market almost every morning, and came back with a van full of discarded vegetables. The main challenge was to scale the hill leading up to the garden: everything was pushed up on a wheelbarrow.

The right location for the heaps was selected by Tony, and we just layered the materials to achieve the perfect carbon to nitrogen ratio. The rest of the work was done by nature. First with bacteria and microbes starting the bio-digestion process.

A pile of compost pile literally cooks. The heat kills the pathogens which could be dangerous for human health. The remaining work is done by earthworms, which rapidly multiply as they munch trough the organic waste. Their saliva and intestines further reduces the pathogens. As the worms digests the organic materials it consumes, it refines them. Nutrients, including minerals and trace elements, are reduced to their most usable form. The castings have a neutral pH of 7.0.

Bit-by-bit the site was cleaned and converted into a very productive garden where events and workshops were held, with many volunteers coming and going. At a certain stage we simply ran out of space, and started to build heaps against a big pile of construction rubble which had been dumped on the site over the years. We kept going and our heap became the symbol of the garden, the Compost Hill.

Lots of hard work went into the garden, and with all the compost on site, we had created probably the most fertile patch in all of Dublin city. The garden was becoming a pilot social and enterprise project showing what can be made of vacant plots around the city. That was until relations began to sour between Tony and the College.

Without warning, locks appeared on the gate not long afterwards, and the famous hill diminished as the compost creatures were no longer fed. Access was restricted to one day per week at midday for designated people with access to the space. We had to sign in at the college reception and take a key. Restrictions were eventually eased, but without Tony managing the works and bringing volunteers and workers the garden became wild again.

Nature with its amazing productivity made the most of the rich compost and covered all the beds with lush growth. We tried to keep up with the weeds, but with limited time this became very hard.

The compost hill and the garden is now covered with weeds of a size you would not see elsewhere. If you look closely you can still harvest lots of vegetables and if you look really closely you will find amazing biodiversity.

The city centre site is now worth millions of euros, but not for its environmental importance but because developers are willing to pay that amount for space to build more student accommodation, or a hotel.

Fortunately, some teachers in the College recognise this as one of the last green places in the Liberties and also as a great opportunity for the College to facilitate students to learn about nature management and farming. Perhaps in the time the garden will became a unique art and ecology outdoor studio.

Martin Obst works as a project engineer, in the middle of a new boom in Irish construction. As an escape from the corporate world, he and his wife-to-be are building a perma-culture garden and planting native woodland on the west coast of Ireland, close to his favourite surf breaks. 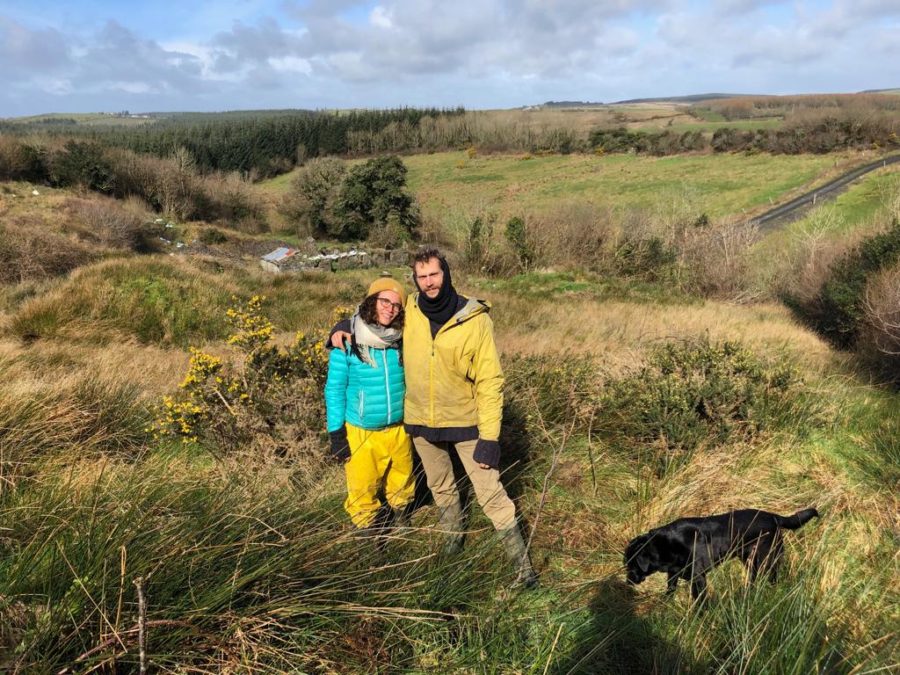