For a lot of my life I felt a fervent need to be doing something creative but I didn’t know what. Eventually I started to feel the unsated creative urge turn to intense frustration within me; a physical tension through my body, like important growth held back or suspended indefinitely. I pictured bunched vines in my arms, straining to be freed and climb. I knew I needed a creative outlet, but I didn’t know what it should be. I quashed these intense feelings, over and over, trying to reason them out of existence.

A music-lover since I was tiny (as a small child I heard a lot of traditional Irish music; as a teen I loved The Cranberries, Alanis Morrissette, Pink Floyd, Kate Bush, Metallica, Sinead O’Connor, Leonard Cohen, Nirvana, a little Placebo, Smashing Pumpkins, Red Hot Chilli Peppers to name a few… then Joni Mitchell, Fairport Convention, Richard and Linda Thompson, Jefferson Airplane in my late teens/early twenties), I actually went through a long period in my early twenties of denying myself the pleasure of listening to my favourite songwriters.

It had actually become painful for me: Listening to my favourite songs was never enough – I felt I should be writing songs. It was a nagging, constant voice chanting in my ear. However, for years I stifled that urge, I told myself people who don’t play an instrument can’t write songs. I kept telling myself I didn’t need to have a creative outlet, it wasn’t as though anyone else needed it to happen from me: there are plenty of songwriters out there! But it was a need, not merely a desire.

A ferocious hunger was building in me and I felt utterly helpless in the face of it. I convinced myself I was unable to write a song. Isn’t it strange how boxed-in our ideas can be? How stifled and thwarted we can become because of them. I gave up on listening to music, it was too painful, and I was busy in life anyway, so there were a million distractions…

One day, however, my husband (a singer and guitarist) and I decided to record “Ain’t Misbehavin’” for a laugh on his Mac: He would put down the guitar and main vocal and I’d add harmonies. After we recorded the song – amazed by the possibilities that recording with the Mac offered – I asked my husband to show me how to layer tracks and then he left me alone for a while to play around with it.

I grabbed a notebook of poetry (I’ve written since I was a small child) and started singing words into the mic. Entire songs came out of me, already fully formed. I was astounded and elated: I put my voice to the air as though freeing a bird long-trapped and the lines of words came out as songs, as though they’d been stored inside me just waiting to be sung. No thought or effort was needed. The question as to whether they were “good” or not didn’t actually occur to me at all. The creative frustration I had been feeling for years was finally being released.

I was euphoric. I hardly left the bedroom for three days. I wrote at least twelve songs within those three days, each one a fully-formed melody and full set of lyrics: verses, choruses, bridges – everything flowing out effortlessly.

I felt like I was wholly myself – truly – for the first time in my life. I didn’t need anything else to come from it. Having the songs written was enough. My soul had the avenue of expression it had been hankering for – making me absolutely desperate – for years. A month after my first bout of songwriting, the third song I wrote – “Down Near the Sea” – won a thousand euros in the Allingham Festival Songwriting competition. It was a very welcome validation.

Despite the fact that my husband is a musician, it took a couple of years before he began writing accompaniments for my songs, all of which I wrote and recorded a capella – often recording them as I wrote them – with layered harmonies. He brought the songs to completion. He is highly intuitive and stays utterly true to the meanings and feelings of the songs. He also has an unbelievable ability to surprise me and craft unexpected accompaniments for certain of my songs. It is endlessly satisfying, having this creative relationship as well as our marriage now.

The two of us derive enormous pleasure from it. He has said he loves being pushed creatively by certain of my songs to challenge himself and get the accompaniment to where he wants it.  I know next to nothing about music – keys, chords, etc – so the work of creating accompaniment is down to Steve. However, I sometimes write a line of melody for the guitar to play here and there, or request a certain sound or feel here, a certain atmosphere there, and we have developed an intuitive creative rapport between us. 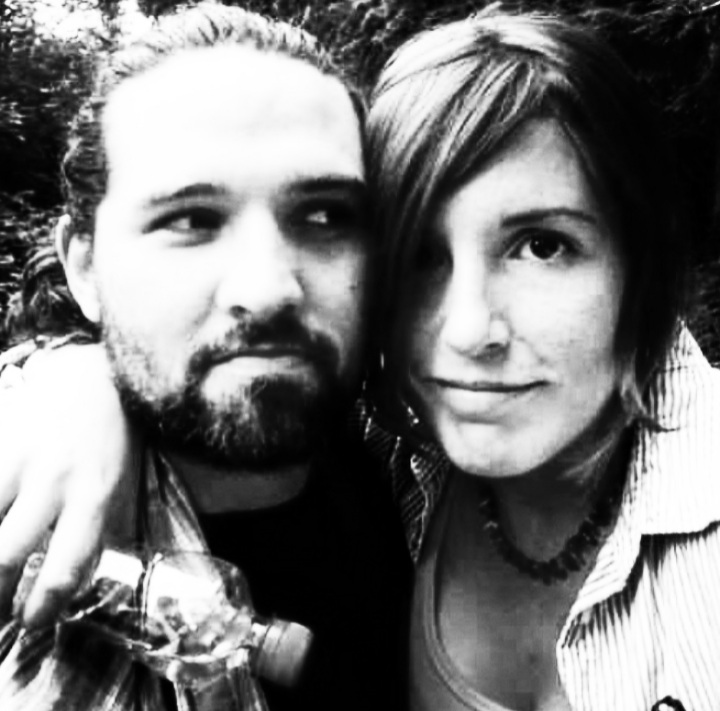 I write alone and in dribs and drabs: a little ribbon of melody floating to me while I unpack the dishwasher; a snippet of a lyric coming to me while I’m out running. When I feel I have the song finished or near it, I sing it for Steve and he begins to write an accompaniment for it.

Songwriting is a gift: A gift to a soul that endlessly craves to express itself, to express the way it experiences itself, and to channel pain and sorrow – as well as joy – in a way that no other art form allows.  I am blessed to be married to a gifted musician who creates the accompaniments, the structures for my songs to be held in and elevated upon.

There is something ethereal and mysterious about how a melody visits you, or descends to you, and entices your voice to sing it. So deliciously mysterious; the compulsion to join voice to melody, lyric to line, in order to allow the soul a kind of freedom it can access in no other way. I have been singing since I was a baby.

Melody comes to me at odd moments, or mundane moments. I might be thinking about something else entirely and suddenly notice I am humming a tune I quite enjoy and I’ll record it into my phone. A particular lyric will ‘ask’ for a particular series of notes; the notes come and lend themselves to the words, and suddenly the marriage of words to melody have completed the expression of the feeling; they encapsulate that extremely personal experience or reflection. When it happens I experience a unique high. I consider myself lucky, to have stumbled upon relief, release: A gift.