Martin Mackie is a singer and music producer from Belfast who has been living in Dublin for more than a decade. His latest single The Ballad of Christy Moore is a tribute, with a comical twist, to the Irish musical legend from Kildare. It is from Martin’s new album Temperance Songs, which will be released later this year. All of the songs on the album are about drinking and the peculiar relationship the Irish have with booze.

The songs are about my own experiences with alcohol. Not just me personally but my family and friends. Rollovers, lock-ins, early houses, hair of the dog, and the booze blues are just some of the subjects. But I’ve tried to add a bit of comedy to the misery.

The Ballad Of Christy Moore is folk tune, one of two on the album. The other is The Ballad of Brendan Behan, which I wrote with Craig Walker from The Power of Dreams. The Christy song is about me coming back after a weekend of madness at a music festival. I was hanging, as they say in Dublin. I had this weird dream or maybe even a hallucination that the ghost of Christy Moore was in my wardrobe, even though he’s very much alive. Christy’s a famous ex-boozer. So in the song he jumps out and starts lecturing me on the evils of excess.

I was a bit worried what Christy would think of the song because there’s a line in it that describes him as being all ‘sweaty and hairy’. So I sent it to him. I was absolutely delighted when he sent me back a lovely postcard that said: “Dear Martin, Sweaty and Hair! Ride on. Christy.” And he drew a little guitar beside it. I’ve framed that. 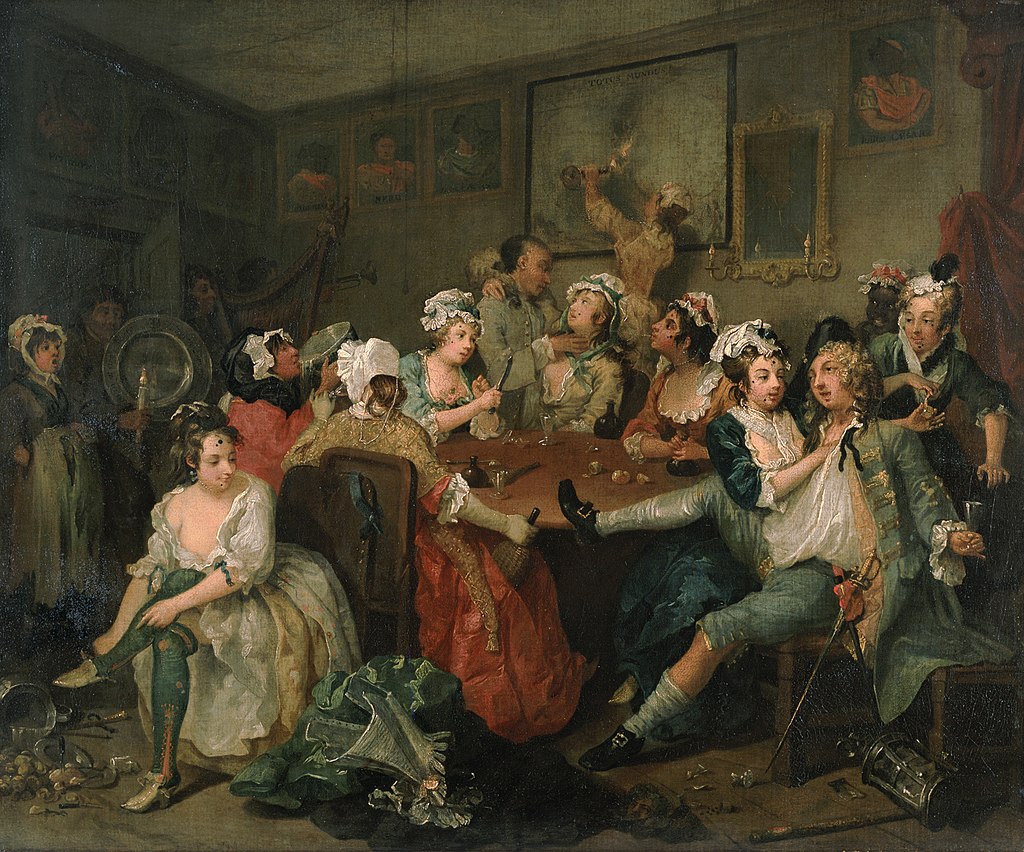 I got the whole idea for Temperance Songs from a series of paintings by the artist William Hogarth. The Rake’s Progress is a set of eight paintings showing the rise and fall of young man who ends up in the Bedlam asylum because of his partying lifestyle. I was gonna write a song for each painting but I found out the composer Igor Stravinsky had beaten me to that idea. You can’t compete with him so I had to change things. Instead I drew from my own experience.

The track ‘Drunk For Fifteen Years’ features vocals by Waterford singer Katie Kim, who is another friend. That song is about a guy in hospital after a mammoth drinking session. Again, there are ghosts and spirits in the lyrics; that seems to be a recurring theme. I think there’s a lot of mystery to booze, the psychological effect it has on you when you drink and the downer you can get if you overdo it. Nobody in Ireland really talks about this stuff, beyond platitudes and clichés, so I thought it would be nice explore it in an album.

There’s other songs such as a Lock-in for The Damned about a famous Dublin venue where people end up leaving, completely twisted, when it’s daylight. That’s normal behaviour in the music world

The first single off Temperance Songs was released before the pandemic. It is called Magic Potion and it features a host of well-known musicians.  Kate Ellis, who is the musical director of the Crash Ensemble plays cello, Conor O’Brien, from Villagers, plays bass guitar, Eleanor Myler, from the shoegaze band Percolator plays the drums with Mackie on guitar and vocals.

The video was made by long-time friend and collaborator Laura Sheeran.

It’s an incredibly well shot video. Laura is such a talent in everything she does and she does a lot of things. For the video she does what the song tries to do…find beauty in the misery. We’ve been pals for years and she sings backing vocals along with Niamh Lowe on another one of the tracks on the album called The Apple.

In Magic Potion, there’s a line “we’re the ones who wish good health with a poison chalice.” It’s weird the way we all say ‘slainte’ or ‘good health’ when this thing is classified as poison. I’m not an anti-booze crusader at all. But nobody really talks about the downsides of it, the ‘booze blues,’ or ‘the fear’ — the negative aspects.

I was in Conor O’Brien’s house, from Villagers, and got chatting about the song. I recorded a demo with Ellie from Percolator and sent him it. This fantastic bassline came back in a style I would never have thought of in a million years. Kate from Crash Ensemble got involved and I went to Laura Sheeran’s house and recorded cello in her living room.

So I went into the studio with Ellie’s drums, Conor’s bass, Kate’s cello and my vocals and guitar — and it sounded really good. Laura then shot the video for me.

While Magic Potion is slow and menacing,, A Lock-in for the Damned whizzes along with the whimsical feel of a 1980s indie track in the vein of Orange Juice or Josef K and the tension between the jocular music and the slowly unfolding madness of the storyline was deliberate.

Martin sings in the chorus, ‘I’d like to flee the madness but the door and me are locked’ — and most people in Ireland have found themselves in similar situations.

I suppose A Lock-in for The Damned represents the party before the disaster and the following day of hell. It’s about me and my friends who would often have lock-ins at various pubs. You’re there all night. It’s just a free-for-all, and the spirits and the black pints flow and you’re leaving when it’s daylight.

There’s something very, very odd when you’re walking along the street in the morning and you’re half-pished and there’s people jogging past you, or going to work, and living their everyday life. I thought it was something that’s not written about really.

Alcohol can be a wonderful drug if used correctly, and we all enjoy times together and it’s good for relaxing, but it’s only good if you’re in a good space. But it never works, for me anyway, if you’re trying to escape your troubles or you’re feeling a bit down. 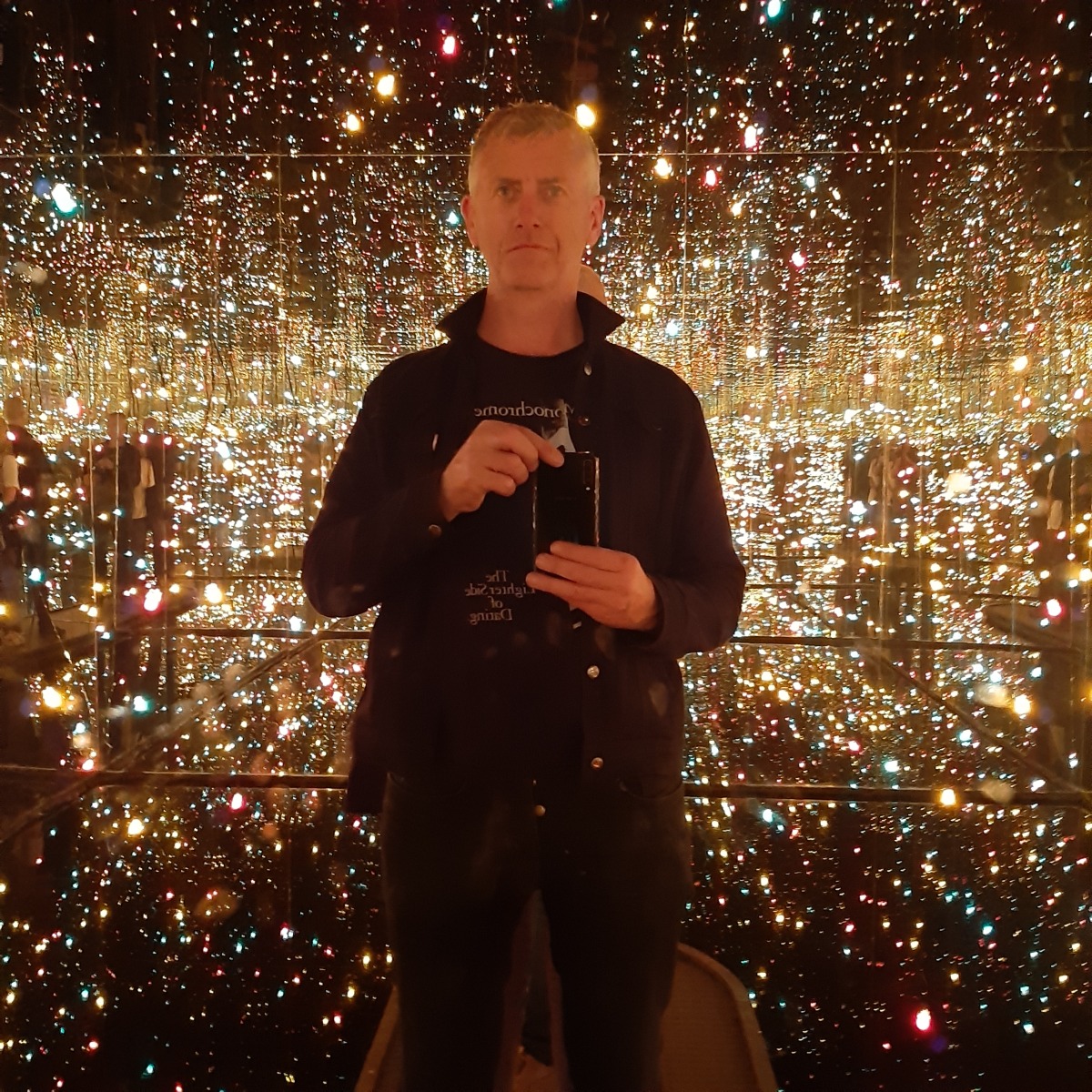