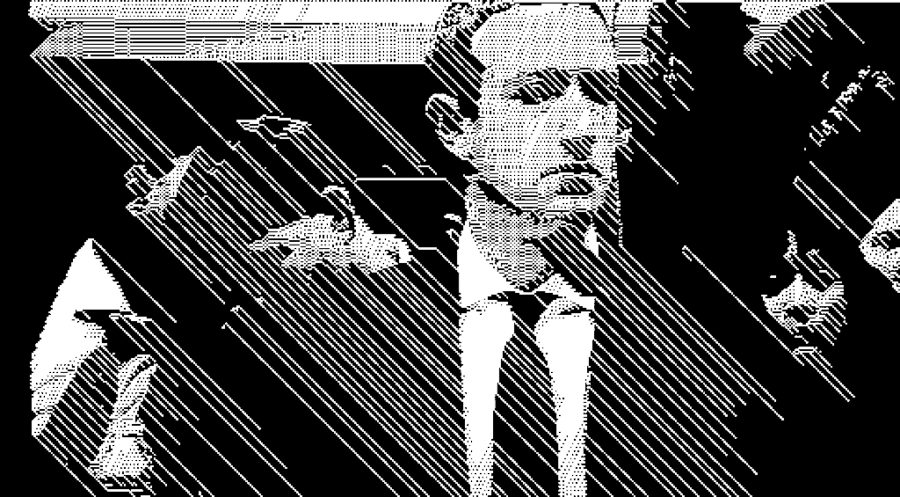 Bull Moose: ‘We apologize, we love China’ – When Money, China and Values Collide

Two stories were in the headlines this October illustrating how money is undermining our values. ‘Ah,’ I hear you say, ‘a story as old as time,’ but before tuning out, let us explain what’s different this time, and why it really matters.

Given the pace of technological change, the weight of power of two individuals, LeBron James and Mark Zuckerberg, have raised the stakes. They are among a tiny elite with the power to influence our collective future. In America, this group includes Jeff Bezos, Bill Gates, Nancy Pelosi and Donald Trump.

It matters, therefore, when these individuals make public pronouncements.

The Chinese reaction was swift. Within a matter of days, Chinese teams, streaming services, sponsors, and partners had cut ties with the Rockets and the NBA. As the NBA struggled to contain the fallout, Commissioner Adam Silver initially made a non-committal statement, recognizing and regretting that the tweet had deeply offended certain people. Only later did he explicitly defend Morley’s freedom of expression.[ii]

Enter LeBron James on October 14th, fresh from touring China, who explained the situation to reporters in the following terms: ‘Yes, we all do have freedom of speech,’ he said, ‘but at times, there are ramifications for the negative that can happen when you’re not thinking about others, and you’re only thinking about yourself.

He continued: ‘I don’t want to get in a word sentence feud with Daryl Morey, but I believe he wasn’t educated on the situation at hand, and he spoke. And so many people could have been harmed, not only financially, but physically, emotionally, spiritually.’[iii]

The essence of what LeBron was saying seemed to be that ‘we should be careful to exercise freedom of speech in case, heaven forbid, we offend someone.’ Yes, this is the same LeBron James who not long ago vowed to keep speaking out on social issues, no matter what the backlash;[iv] the same person who has been called the most powerful voice in his profession, and publicly feuded with Fox News over criticism of President Trump.[v]

Caring only for the interests and values of ones’ own community, while giving a metaphorical shrug in response to others, is nothing new in the world of sport. Football fans might recall Manchester City’s manager Pep Guardiola’s insistent support for Catalan independence, while he turned a blind eye to the right of self-determination of those in the Middle East living under his bosses’ thumb.[vi]

Yet this situation was different, and not simply because of the vast sums of money involved: by a conservative estimate the NBA makes $500 million in annual revenue from China; there were reports that the NBA stood to lose up to fifteen percent on its salary cap next year because of the Chinese ban.

Not that the players needed reminding. Faced with questions over how he viewed the issue, Houston Rockets star James Harden simply tweeted: ‘We apologize. We love China.’ [vii]

On October 23rd, a different but related story was being played out in Washington DC, as Mark Zuckerberg fielded questions before Congress over proposals for Libra, Facebook’s new digital currency.

In case you aren’t aware, Facebook is seeking approval for it from regulators, but the hearings quickly turned into a debate on the company’s recent decision not to fact check, or ban, political ads.

This matters for two reasons: first, the scale of the Facebook’s earnings from ads; secondly, because social media is becoming the primary source of Americans’ news.

Facebook already enjoys a metaphorical license to prints money through its early arrival at the scene of the social media goldrush, and through clever (some would say monopolistic) acquisitions of WhatsApp and Instagram.

By the third quarter of 2019, its global advertising revenue had risen to over $17 billion dollars, growing 28% year-on-year. If current trends continue, Facebook’s earnings will approach $100 billion in annual revenue by 2020 from advertising alone.

Moreover, recent research suggests over 55% of Americans now get at least some of their news from social media.[viii]

Combine these facts with the company’s ability to psychologically profile users, and tailor messages accordingly, and this translates into a significant power to influence, if not outright buy, Presidential elections.

As Siva Vaidhyanathan pointed out in The New York Times, Facebook actions were logical: even if they had been willing to differentiate between what is political and factual, in practice it is often nigh-on impossible.[ix]

We can assume that Zuckerberg, ever the calculating pragmatist, would justify his company’s stance on political ads on the basis that it aligns with freedom of speech values.

This assertion is not simply questionable, but plain wrong, for multiple reasons. Just one example suffices: it was not a question of freedom of speech to allow an ad to run saying the Pope had officially endorsed Trump in the last election,[x] it was simply an implicit endorsement of a lie.

Silicon Valley has long been identified with the liberal left, but Facebook’s new approach is altering this view. For one, the company seems to have concluded that its digital currency stands little chance in a Democrat-controlled House or Senate.

In the short term, aligning itself more heavily with Republicans may seem like good business on Facebook’s part, but in the medium term it risks alienating the other side of America’s polarized electorate.

During that same hearing on the Hill, some Republicans jumped to defend Facebook on Libra, saying any Democratic interference amounted to regulatory overreach and would strangle American innovation. They also applauded Facebook’s non-interference policy on political ads.

Facebook followed on by playing the nationalist card, with Zuckerberg claiming: ‘Libra will be backed mostly by dollars, and I believe it will extend America’s financial leadership as well as our democratic values and oversight around the world.’ Otherwise, he added, China would take the lead on digital payments.[xi]

In China, Zuckerberg may have found a convenient scapegoat, which has also frustrated the global advance of his company. While other multinational brands like the NBA, Apple and Google, have large operations in China, Facebook has never been able to crack the Chinese market. This is not for want of trying. Zuckerberg famously jogged through the smog in Beijing, learned Mandarin, and even asked Xi JinPing to give an honorary Chinese name to his soon-to-be-born child four years ago – a request Xi declined.[xii]

The United States of America has been, by many measures, one of the world’s most successful democracies, with freedom of expression a core value. In certain respects, such as raising life expectancy and GDP, China can also boast great achievements, but these have been achieved with compliance and obedience as core values, and against a background of well-documented human rights abuses.

The challenge for the U.S. in the 21st century is to maintain its freedoms, even as we enter into a new digital age with unlimited potential for monitoring, surveillance, censorship and mass manipulation.

In the end, calling on Facebook to fix itself, or the NBA to uphold universal values and free speech may be futile. Instead, perhaps we should accept that these companies hold power that is not subject to democratic oversight, and in some cases interference is unwarranted.

As Americans we’ve always expressed our preferences for companies and products with our wallets. For the times we are in, therefore, Bull Moose argues we should become more conscious of where we spend our time online, and with whom we are sharing our data, as the data we leave behind, and our attention, is increasingly being monetized.

The old saying, ‘if the product is free, you are the product,’ is more relevant than ever.  Whether it is the NBA or Facebook, you have a choice to love, hate or even speak out against them.

It is that freedom that still sets us apart from China.

[v] Jerry Bembry, ‘LeBron James is the most powerful voice in his profession’, The Undefeated, February 28th, 2018, https://theundefeated.com/features/lebron-james-to-take-floor-for-nba-all-star-game-as-the-most-powerful-voice-in-his-profession/

Published in Articles and Global