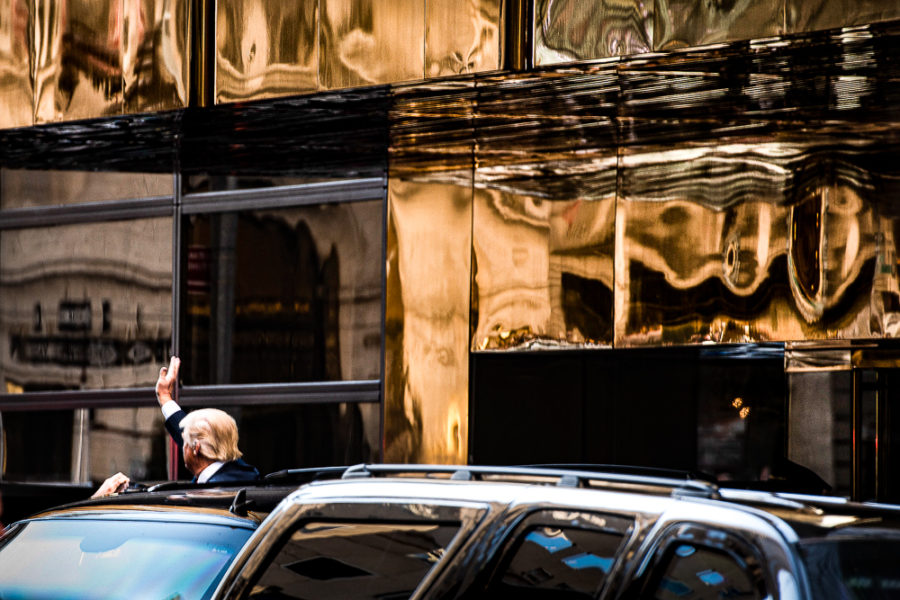 When truth is the casualty, everyone suffers.

For new Americans, spending Thanksgiving in the U.S. comes as a surprise. It’s the busiest travel time of the year, ranking ahead of Christmas and the 4th of July. While some associate Thanksgiving with shopping bonanzas like Black Friday or Cyber Monday, for most it’s simply an opportunity to spend time with family and friends; watching football or just gathering around the dinner table.

Given that it’s always the last Thursday of November, it also marks the beginning of the holiday season. A time then to take stock, reflect and make plans for the year ahead, finishing any business before the year closes.

It is little secret that Americans are becoming ever more polarized politically, in no small part due to the comfortable bubbles with which we surround ourselves, in our day-to-day-lives and online.

All too easily, we can tune out people with whom we disagree. Except when it comes to Thanksgiving. Sitting around the dinner table, it’s hard to steer conversation away from current events. Issues like climate change, inequality, the composition of the Supreme Court, the mess in DC, what to make of Trump, or even football, bubble up.

Polarization may also be causing people to fall out with one another over politics: according to Pew research more than eight-out-of-ten U.S. adults (roughly 85%) say political debate in the country has become more negative and less respectful.[i]

Interestingly, a lot of Republican voters feel victimized in this regard. By a wide margin, Republicans believe the mainstream of political discourse is more hospitable to Democrats than to the GOP. Interestingly, Dems also think Republicans are more comfortable sharing their viewpoints, but only by a few percentage points.[ii]

Given this toxic climate, many choose simply to stay away from any issue that is remotely political, especially given how few people are likely to be dissuaded from their current stance.[iii]

The problem is that not taking ownership of political views can be harmful. It begs the question as to whether any democracy built on the free sharing of opinions and facts can survive in the face of this extreme polarization within social media bubbles and alternative facts. The jury is still out.

It seems as if truth and facts are becoming ever harder to determine. People have warmed to the argument that there are always two sides to every issue.

But there are plain facts which don’t have two sides – the truth.

In today’s America, it has become commonplace to argue over facts. In some quarters, it might seem improper to suggest that sea levels are rising, despite the mounting evidence; or that a crowd at an inauguration was smaller than a previous one, or that black unemployment is at an all-time low.

As in other parts of the world, truth is under attack, muddled by a barrage of special interest and nation states seeking to weaken the very democracy the West is built on. If this sounds alarmist, it is. As an aside – I suggest you watch Sacha Baron Cohen give his views on social media moguls, and their blatant lack of responsibility with regards to the truth.

If you think this is simply a problem on the right of the political spectrum, you’re mistaken. The left is just as adept at bending the truth to suit themselves. The ‘woke’ left is famous for eating its own, so to speak. Writing in The Bulwark, Tim Miller brilliantly documents how Pete Buttigieg, who aspires to be America’s first openly gay President, is a under a multi-prong attack from so-called ‘progressives.’[iv]

So, on to the Impeachment Hearings. What we are witnessing is a political tactic that is as old as democracy itself. If you cannot win an argument with facts, you shout louder than the other side.

Say what you like about the proceeding, but the Republicans are shouting louder. With the political theater gripping the nation – the needle of public opinion has hardly moved in recent months – Republicans are screaming about the unfair process and treatment to Trump.

Last week, when a legal scholar remarked that even Barron Trump could not become a Baron as Trump is not King, Republicans erupted in indignation. How could Democrats drag a thirteen-year-old boy into the conversation?[v]

Ah, the moral outrage. On and on the playbook goes – shout, distract, divide – with little change in public opinion on whether Trump should be removed from office.

Did the Democrats call out the Republicans on this fake moral outrage? No. Actually the legal scholar later apologized for bringing Barron into the conversation. One of the few to call out Republicans on the ‘nothing burger’ was George Conway III – one of Trump’s harshest critics, and none other than spouse to Kellyanne Conway.

Wait, what? The same Kellyanne Conway, advisor to Trump, who famously coined the term ‘alternative facts’ when asked about the true size of the crowds the latter’s inauguration?

Yes, together they form Washington DCs most interesting ‘power’ couple. One is a fervent Trump supporter, and survivor of a White House where few, except family and Stephen Miller, survive for long.

The other thinks Trump suffers from a ‘narcissistic personality disorder’[vi] and is constantly feuding with him online. Interestingly, he was once the head of the conservative Federalist society at Yale and reportedly was introduced to Kellyanne by none other than Ann Coulter. He also dated Laura Ingraham. For anyone unfamiliar with Laura Ingraham, she currently hosts the 10pm weekday evening slot on Fox – and is the reigning queen of conservative broadcasting.

Over Thanksgiving dinner Bull Moose posed a question to some of his more left-leaning friends: ‘why are Republicans more aggressive in their use of social media and defense of their own?’

We hear the standard answer: ‘it’s because of corporate media control.’ The argument runs that billionaires are not giving voice to Democrat views. It holds some truth, but at best it’s an incomplete picture. Look at George Conway or AOC – if you are willing to shout loudly there are ways around the filters.

But maybe, also, it’s the very nature of today’s mainstream left to care inherently about another person’s point of view, which makes them less aggressive in the defense of their viewpoint.

What is certain is that it’s high time for ordinary Americans, right and left, to stop being afraid of hurting one another’s feelings, and being offended by a different point of view. If Kellyanne and George – who Donald has called a husband from hell and a stone cold LOSER – can do it, maybe the rest of us can engage in a bit more civilized discourse over dinner, without fear of reprisal.

George Conway, often referred to as Mr. Kellyanne Conway by those who know him, is VERY jealous of his wife’s success & angry that I, with her help, didn’t give him the job he so desperately wanted. I barely know him but just take a look, a stone cold LOSER & husband from hell!

Published in Articles and Global