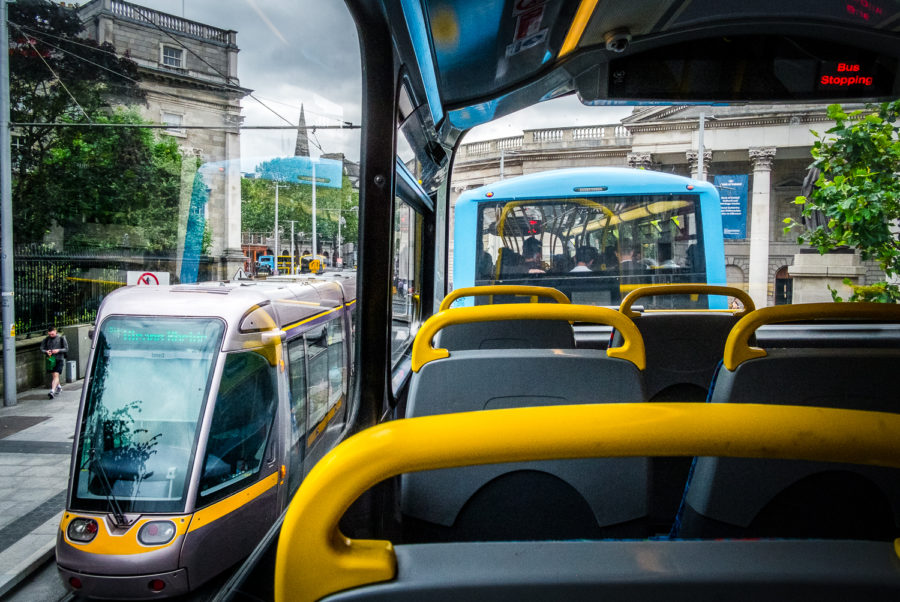 In a press release, the ‘Dublin Commuter Coalition’ has described proposals for electric vehicles to be permitted to use bus lanes[i] as a ‘slap in the face to bus users.’ This demonstrates, they claim: ‘a stunning lack of respect for overstretched users of sustainable transport.’

[I]n the strongest possible terms, any suggestion that bus lanes be opened to electric vehicles. The Coalition, who elected their inaugural executive committee on Saturday October 26th, said that this proposal is a slap in the face to bus users who already give up their time and freedom of mobility by travelling in a sustainable way to no thanks or, as is evident from this proposal, even a modicum of respect.

The chairperson of the Coalition Kevin Carter said:

‘It is bizarre, it is astonishing and it is stunningly arrogant that this government would even suggest implementing a scheme that so specifically and brazenly harms bus users. Bus users are never rewarded for choosing to travel in a sustainable way, they are only ever subject to overcrowding, constant fare increases and poor enforcement of existing traffic laws.

Flagrant abuse of bus lanes is a constant issue for bus users and now this government is proposing further degrading the attractiveness of this mode by making bus users sit in even more traffic that they had no hand in causing.’

The organisation points to bus users making up 30% of Dublin city commuters in 2018,[ii] the largest single category of transport users. By choosing to take the bus they claim ‘these users have done the city a massive favour by taking cars off the road and making congestion in the city less of a problem.’

The proposals they say: ‘shows a profound ignorance or disrespect of the very central tenets of any sound sustainable mobility policy.’

They also point to how the Minister for Transport holds the right to drive in a bus lane as a government minister, and warn that then Ireland will continue to overshoot emissions targets if he fails to prioritise electric vehicles over walking, cycling and public transport, and Dubliners will continue to live in one of the most congested cities in the world.

Cassandra Voices previously published an article by Contemplar arguing that public transport is a public good that can be cost-effectively delivered in Dublin.