Around four years ago I completed a drawing inspired by a childhood dream featuring a landscape of balloons, floating boats and orange trees. I then shared it on social media and a friend, Sam Clague, messaged me asking if he could use it for an EP he was releasing called ‘Balloons’. I hadn’t considered the idea of my work being used as cover art until that point. I loved Sam’s music and the music he sent me for the EP seemed to fit the mood of the drawing perfectly, so I said yes.

A year or so later I moved to Dublin, where I befriended Brían and Diarmuid of Ye Vagabonds. They liked what I had done for Sam and eventually asked me to do the cover for their first album ‘Ye Vagabonds’. This led to many further collaborations over the following years. 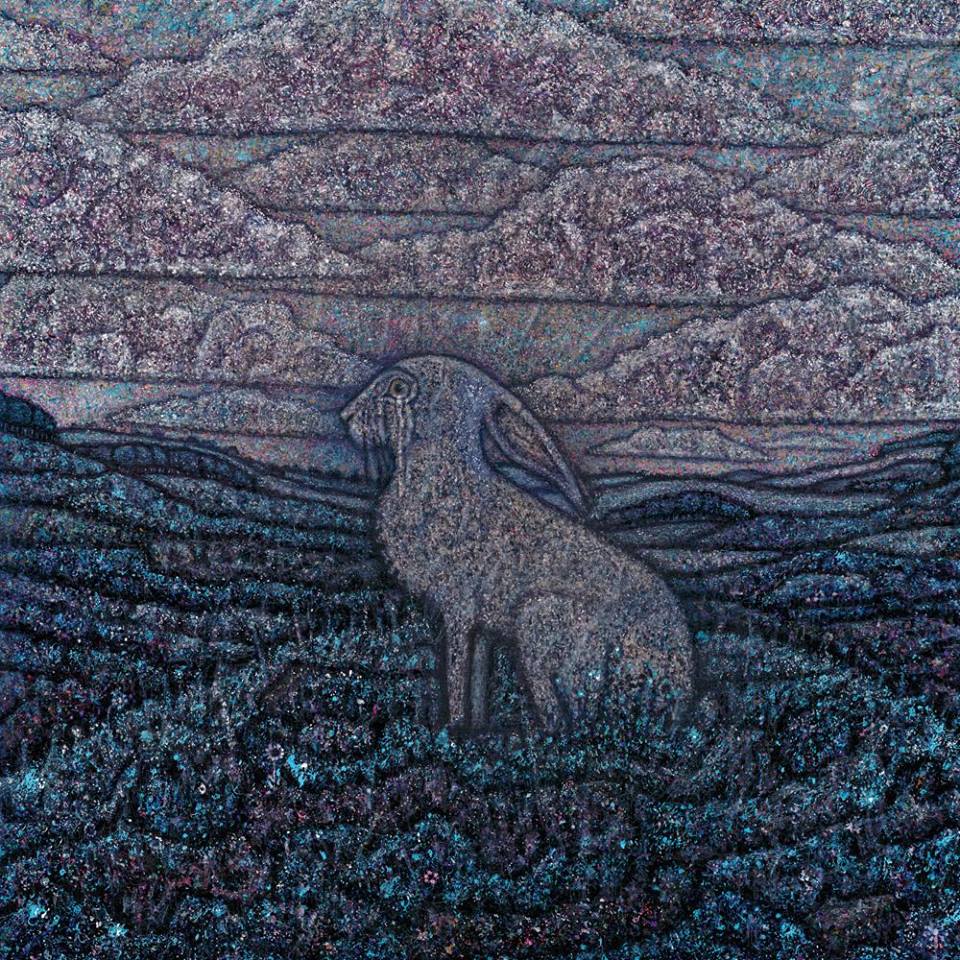 I found when a musician came to me with an idea, or with an example of the sound and atmosphere of their release, that the image emerged very easily. It also helped if I loved the music.

Music and art have always existed in the same world for me. The mood and melody of the music guides my hand, determining the mood and atmosphere of whatever I am working on. When I really connect with the songs, it doesn’t even feel like I am doing any work. I just listen and paint. The colours and the mood are already in the song.

I started painting after my first year studying architecture. I hadn’t really done anything artistic up to that point. The architecture degree I took in the University of Limerick had a significant influence on my visual sensibility, and liberated alternative ways of thinking creatively. In the beginning I would lie in bed listening to ambient music or psychedelic rock and discover colours and shapes coming into my mind’s eye for each song. Then the following morning I would set about drawing the imagery I recalled from that semi-conscious state. 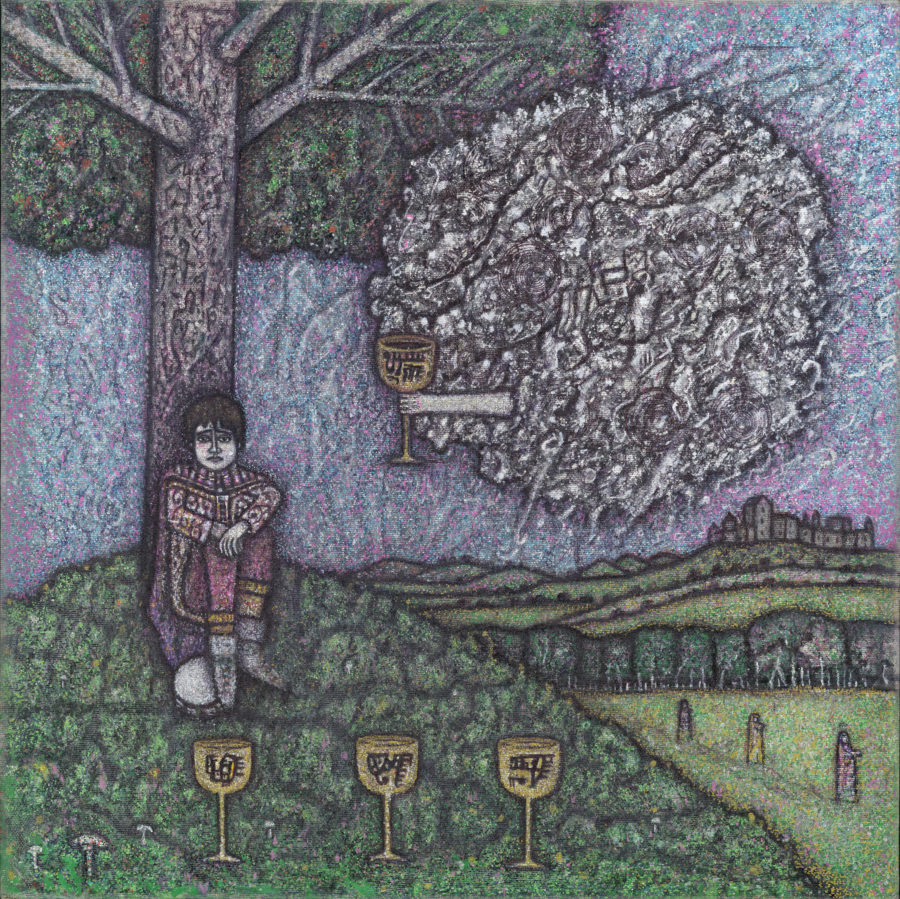 Various elements of my childhood and life interests have influenced my practice. I grew up around a lot of religious imagery in Catholic churches and convents. I remember going to mass and zoning out staring at stained glass windows. My father introduced me to Byzantine iconography when I was very young, instigating an interest in ancient art, particularly Egyptian hieroglyphs and medieval illustrations and tapestries.

I usually build up my work with layer upon layer of dots and colour. Through this chaos I find an order. If I am doing something that isn’t working, I just paint over it with a new layer of dots. I see the dots almost as pixels that allow me to organically control the evolution of the image into its finality.

I think my work is usually highly detailed because of my interest in fractals and the infinite detail of reality. So at times I find it hard to know where to draw the line (pun intended) in terms of detail.

Recently I have started collaborating with the musician Gareth Quinn Redmond, a recent and dear friend of mine. We connected over a mutual love of ambient/environmental music. I brought some paintings over to his house and he wrote music inspired by them.

It was a new departure to engage in this collaborative process, where I was involved in the music’s development and genesis through back and forth conversations with Gar. I usually make art to music that I am listening to, but this time there was a musician writing music to my art. It was fascinating to be almost inverting the process I was used to. Our first EP ‘Monachopsis’ was released on the 20th of September this year.