My work begins with a consideration of how one begins to look – an exercise of empathy with you, dear reader. When a work of art is placed in front of me, I have a whole range of responses as a viewer and I remember this when I start to make a new piece. I consider my role as artist and I consider your role as reader/viewer equally. They stand on an equal footing, a plateau. 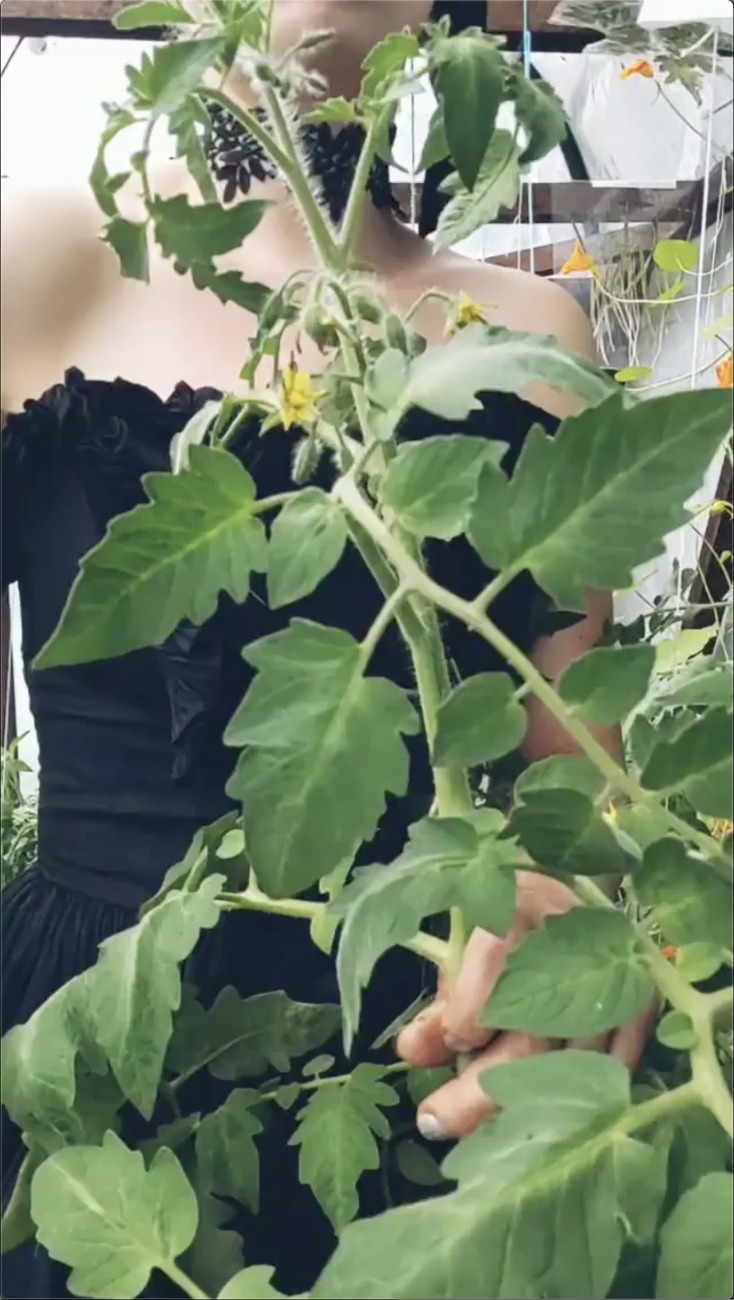 I have a friend who calls me to talk about artists and their work. We have categories for types of artists:

The magicians, who are all about persona, their work changes or improves your life and your life was lacking until their work fixed it – think Joseph Beuys, Marina Abromovic; the factors, those whose work is inspired by or responds to something that already happened – think Goshka Macuga, Aslan Gasimov; the intelligentsia, who make you feel like you’ll never be smart enough to understand their supersoaked insights – think Seth Price, Micol Assael; and the decor (I’ll let you figure that one out).

There are more categories that we invent as time goes on, but the purpose serves well, to open our critical and loving heads to talking art. We analyze and consider different artists and their trajectories, what they’re putting out now versus a few years ago, and where they might go down the line. The thing that stands out most, for me, is that I have been all four different types at some stage, and indeed, the more I talk about it with other artists, the more confirmations I get that the same applies to them. 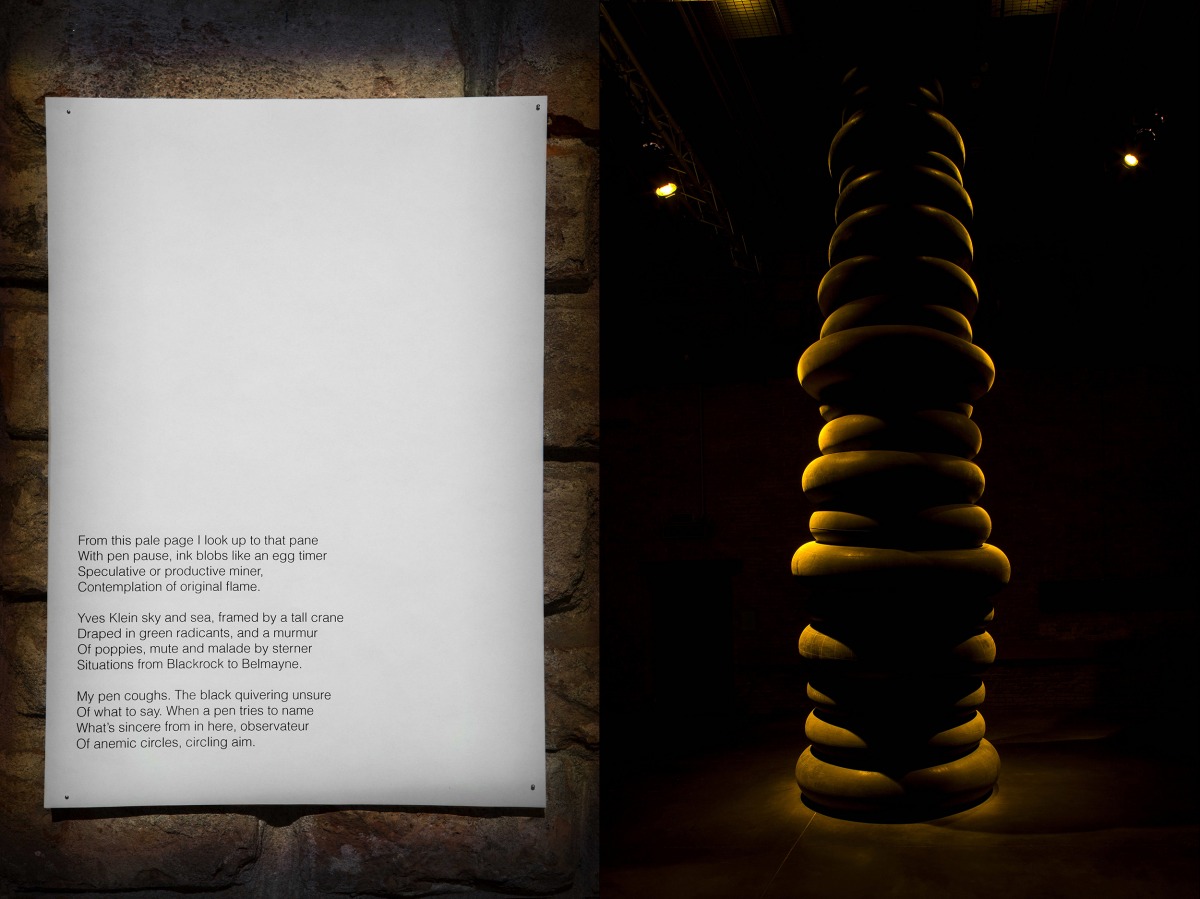 The Ella who showed the work ‘Anemic Circles’ at The Emergency Pavilion at the Venice Biennale of 2013 is different from the Ella who had a solo show ‘Flat as the Tongue Lies’ at The University of California in 2018, is different from the Ella writing this text. I have grown as a human and as such my work has grown too. Some of my furies have tempered into cooler flames, while some of my damp wood has dried into a patient but furious kindle. The one anchored point however, is the work. 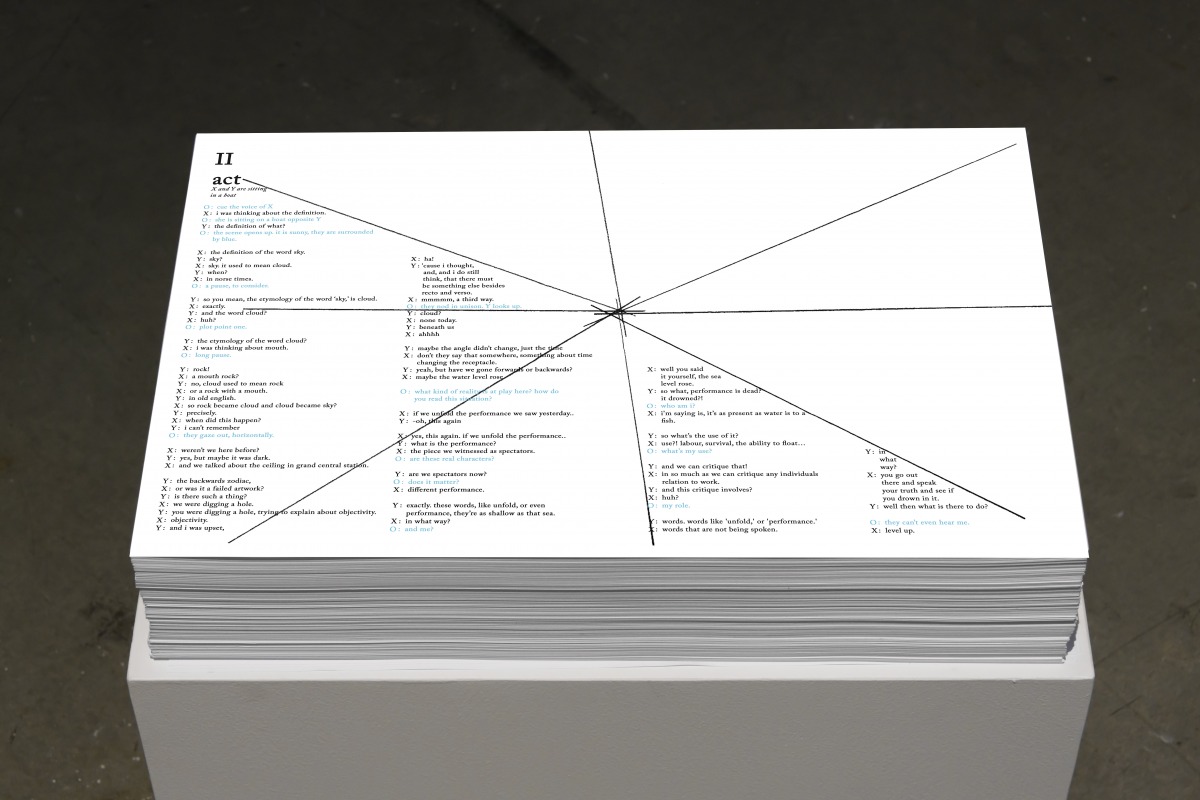 I have always been fascinated with the viewing process. How ‘we’ (-who’s we?) act as ‘viewer,’ and how ‘we’ learnt to look that way, both as an individual and a community. Coming from Ireland, I am always in awe of the GAA and how in a relatively short space of time a structure was created whereby every family in every town had access to play hurling and/or football, to view it and to participate in critical conversation with peers, of analysis, predictions and strategy. The same could be done with art. 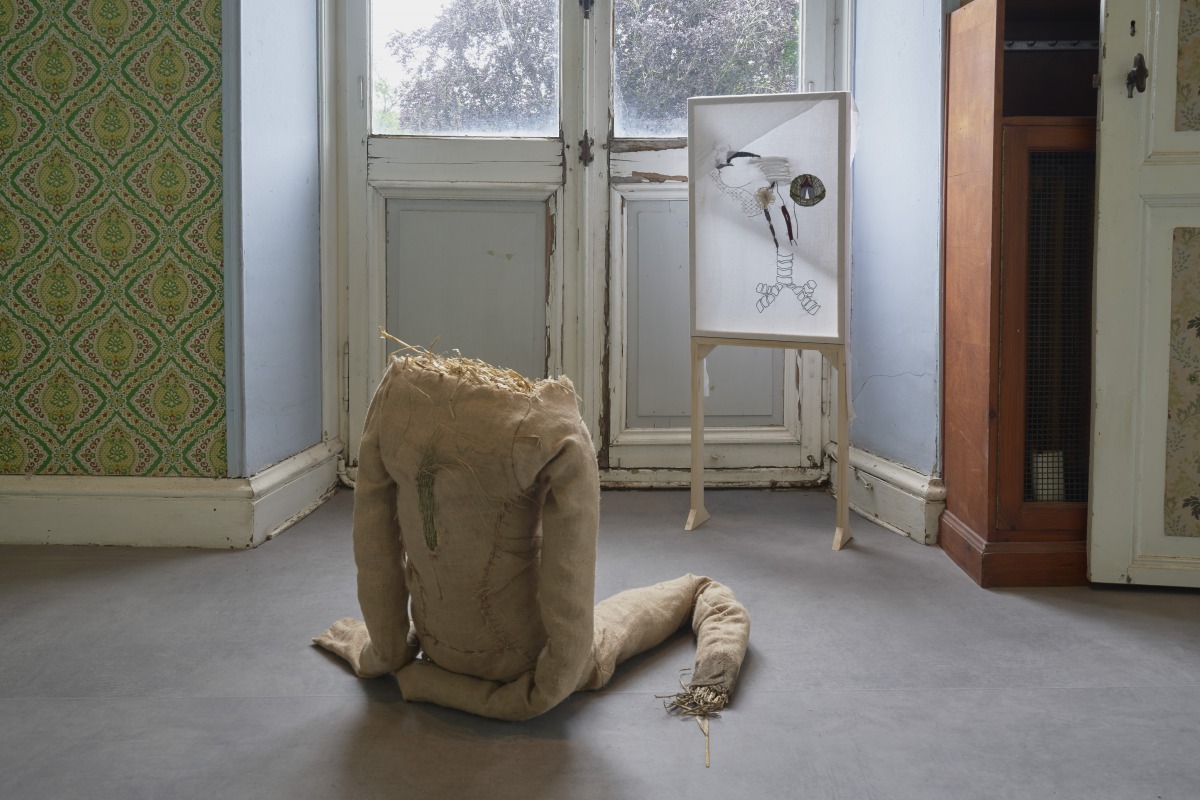 With gestures, sculpture and poetry, I create performative work that combs through these issues. Coming from the position of being a cis-female, white woman I am inspired by the history of womanhood, the struggles, the victories. I have an imaginary coven who I sporadically turn to for strength, inspiration and help. Some have names, such as Biddy Early, Hildegaard of Bingen, Cassandra and Joan of Ark, and some don’t, such as the women in the Magdalene Laundries.

During the pandemic I heard on the radio that the women lace makers of Headford, Galway were not affected by cholera and typhoid during the 19th Century because they had to wash their hands so often. The money they earned was crucial to their families and if there was one speck of dirt on the lace piece then it would be worthless. 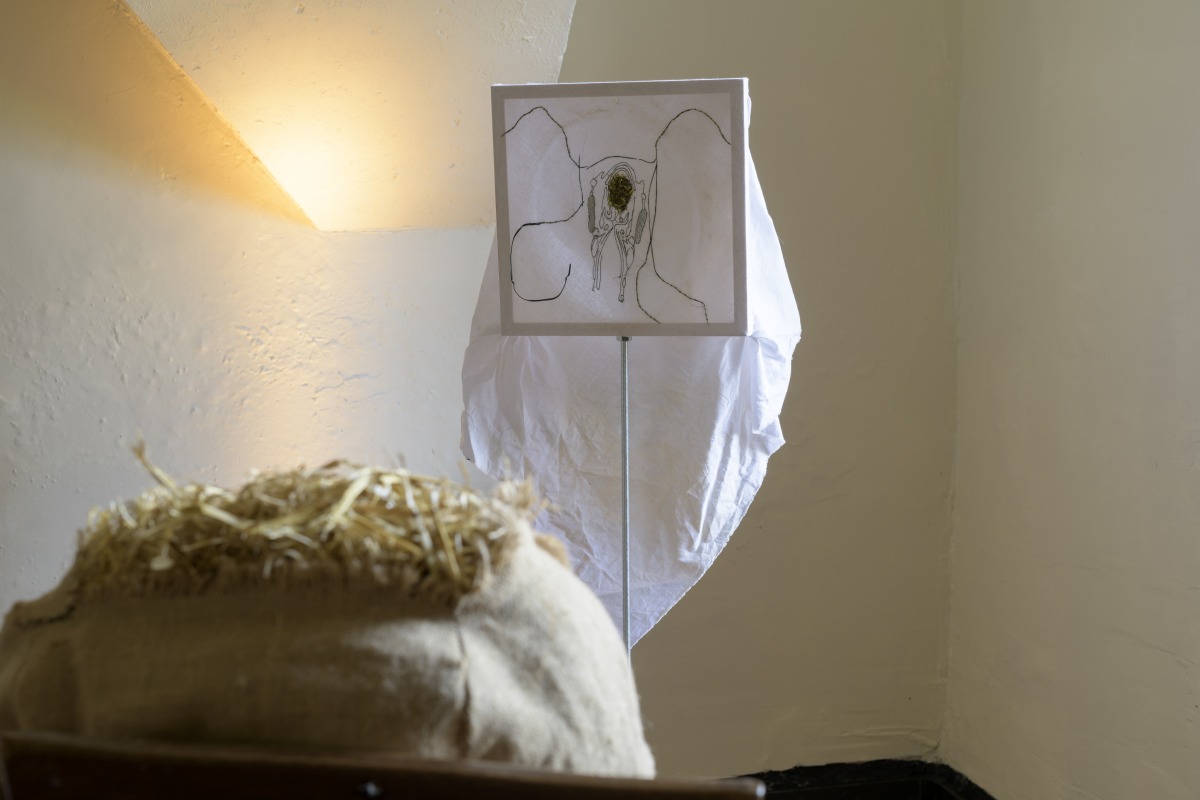 I was in awe and in shock to think about how a century after these industrious women making money from lace to feed their families, there came 20th century women who were torn away from their families and incarcerated in the Magdalene Laundries, set to work knotting lace, string after string – maybe even listening to radio programmes about women from Headford, Galway while they worked.

Now we’re here in the 21st Century, and women’s labour is still underpaid, often unpaid, and the labouring women unseen, unheard. A person’s voice is a source of great power, and those who gain from suppressing that power have spent centuries sewing throats shut. Landlords, priests, politicians, misogynists, the cast of characters hasn’t changed. 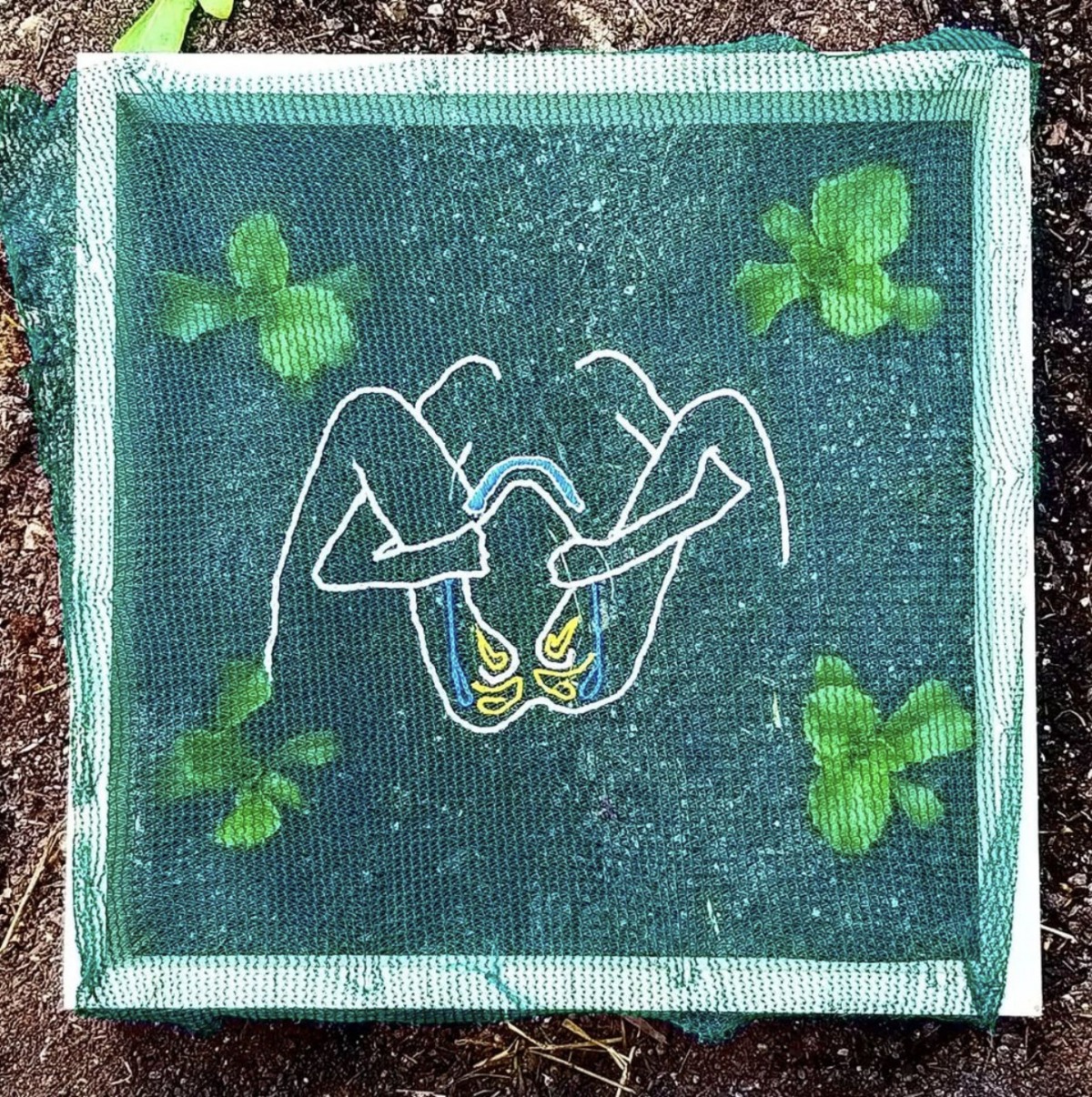 I created a cast of embroidered throats standing in the gesture that fans out from headless sackcloth bodies. The headless straw women, disembodied anatomies, could represent the Headford women making lace or the Magdalene women incarcerated in the laundries, they could be representations of viewers today observing the work or they could be me.

These voiceless throats and sightless spectators are woven into a spatial, figurative, yet ambiguous relation of dependence and power. Some of this body of work was shown in ‘Guest’ at Newbridge House, Fingal, during the Summer of 2021, a group show curated by Marysia Wieckiewicz-Carroll, while other parts were shown at the Kunstenfestival  Watou, in Belgium, curated by Chantal Pattyn and Benedicte Goesaert. 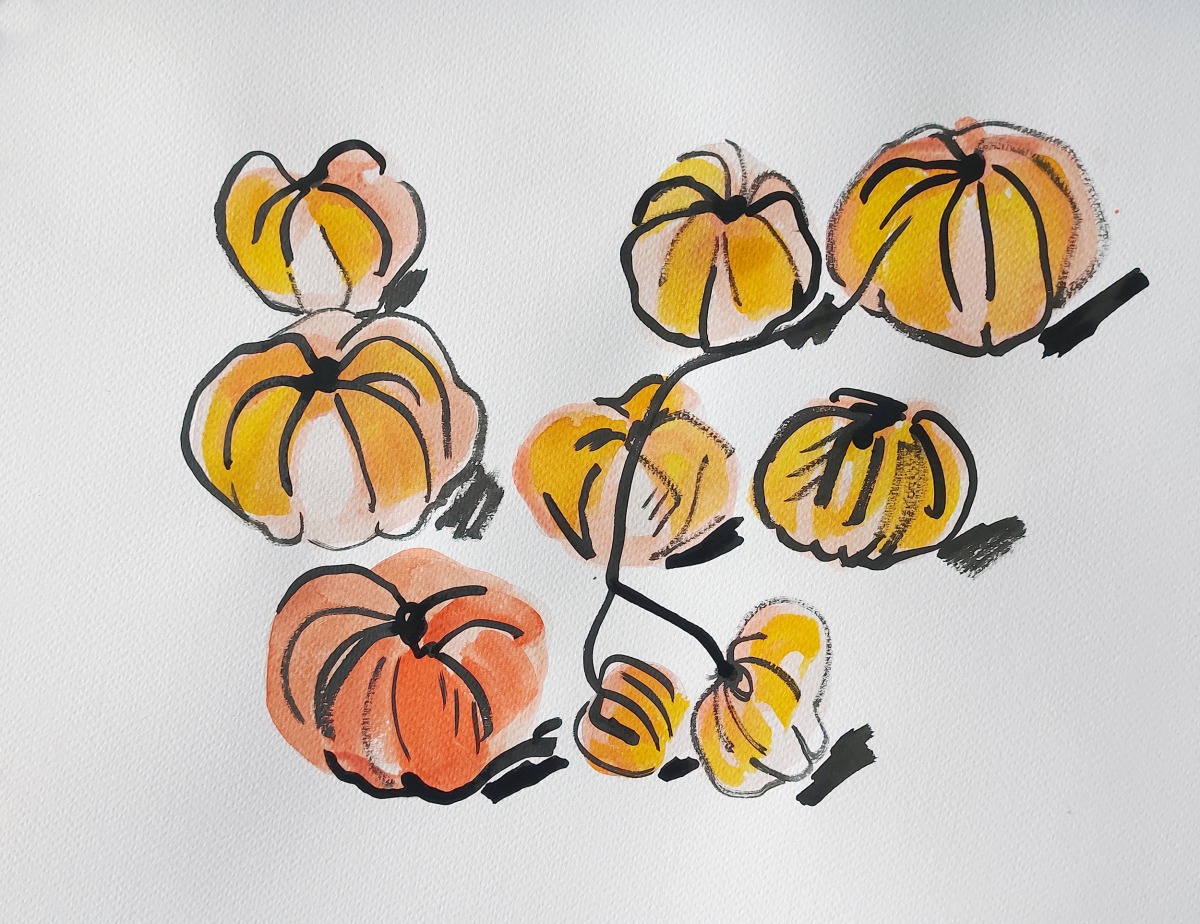 During the Summer I also grew my own tomatoes and read feminist poems to them. You are what you eat. I would prefer to eat food that does not prop up the poisonous economic structure so harmful to our environment. These tomatoes became my audience during the pandemic, conditioned by my tastes, my carefully curated poetry show. And when they were ripe, I ate them under the full moon. 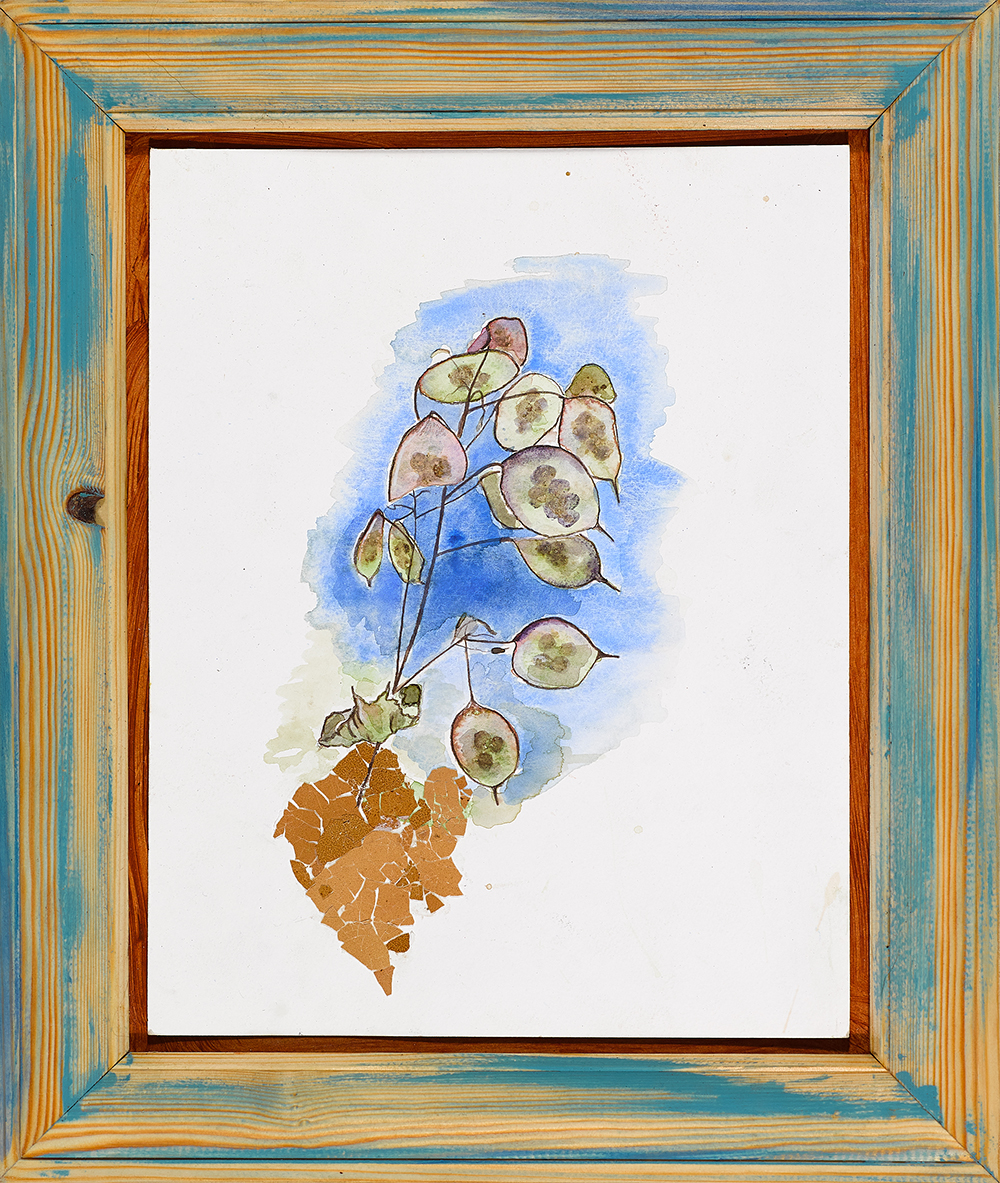 More recently I have been imagining the potions and magic remedies created by Biddy Early while painting an inventory of the plants growing in my garden. I mash up the painted flower and add it to the image of what was there. When assembled, I imagine this body of work as an art apothecary, with different combinations of the ingredients creating different viewing cures. Some of this work will be shown online in Kevin Kavanagh Gallery in November/December 2021.

It’s easy enough to describe how I got to this point, artistically, professionally and humanly, but going forward is more opaque. Actually, in thinking of this word ‘opaque,’ I often get stuck. In photoshop there is a tool called ‘opacity,’ which, when at its highest percentage, renders the image totally visible. In real life, it means obscure of sense, invisible. But I often get the two mixed up, and I think that this strange double meaning kind of fits when I use it to describe my future. I know I’ll still be making the work, I just don’t know where you will be. 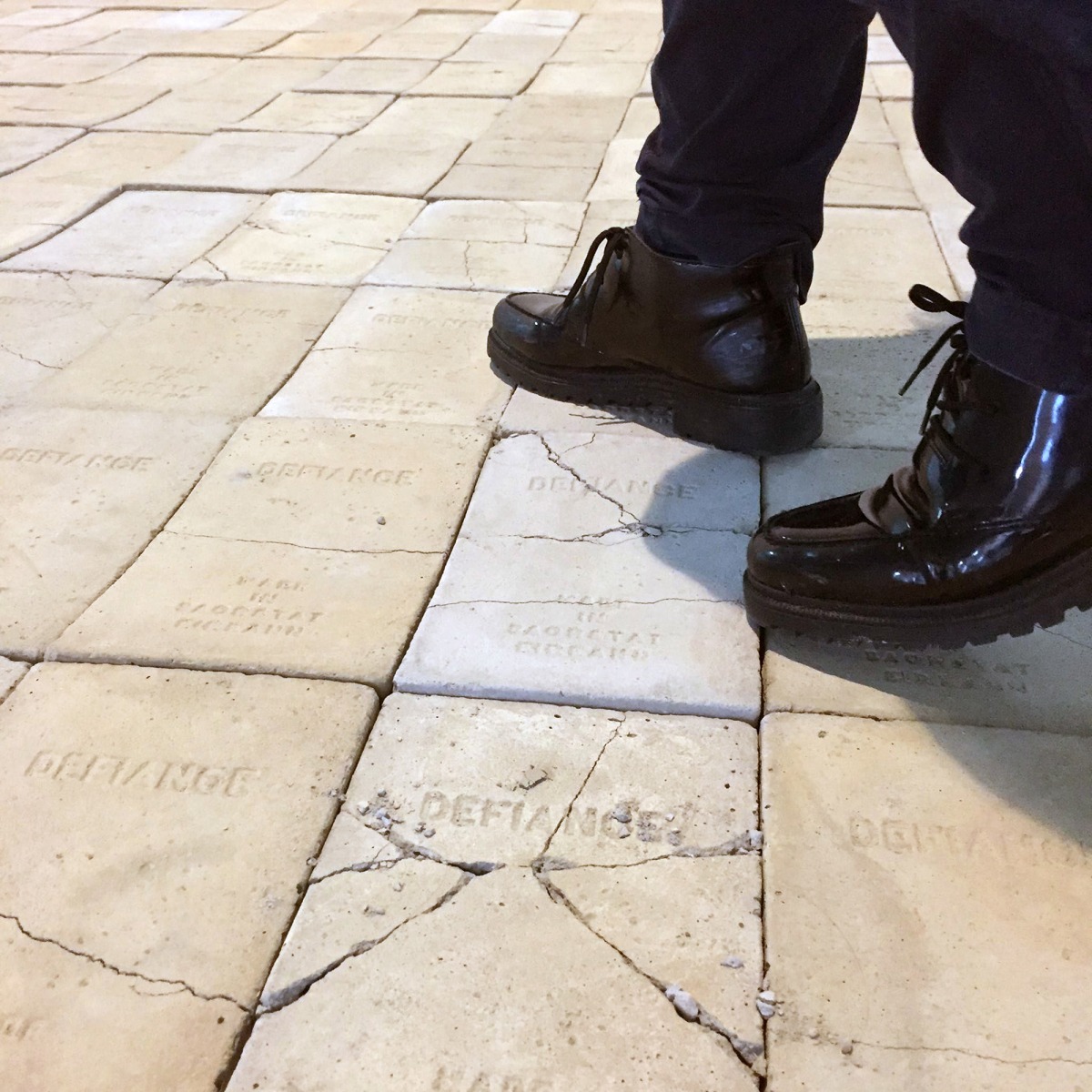 Defiance (Roof Without Walls.) 2017. This work is in the collection of the Irish Arts Council.

My work has been supported by the Irish Arts Council, Askeaton Contemporary Arts, Fingal County Council and Culture Ireland. Most recently I was the recipient of a Platform 31 Award for County Laois. I am currently pursuing a PhD at KU Leuven entitled ‘Modes of Viewing: How to Act.’