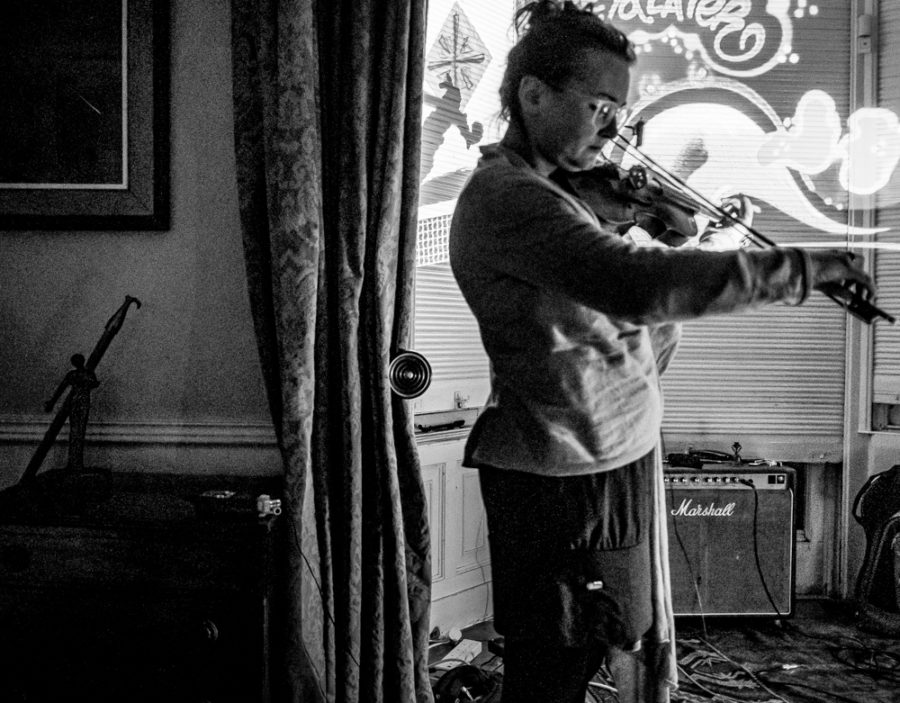 Numinous Soup is an album I quietly made by myself in my spare room on child free evenings, releasing mp3s on Patreon as they became ready and eventually combining my favourite tracks into this collection.

‘Mindsomereve’ is something I made almost absentmindedly, and didn’t think was finished, but as I kept listening to it to see where to go next, I realised I liked it as it is.

‘I Want… Bodily Autonomy For Everyone’ – it is a vast and all-encompassing thing that I deeply wish for every person in this world. You might hear both frustration and hope in my playing here.

‘Incapacitate The Ecocidal Machine’ uses field recordings of frogs from Wicklow and a vast machine from Amsterdam, as well as my usual strings. I never got a glimpse of the machine but the sound was something else. It filled the air, vibrated the ground, vibrated your eyes in your head. I never managed to catch sight of it. Which machine am I talking about though?

I named the album after ‘Numinous Soup’ because it’s my favourite track on the record, and I think it’s quite soothing. It made me think of a cold day in a remote castle, getting a bowl of tasty neon green swirly glowy soup that sends you into a dream of another dimension, possibly involving a boat slicing elegantly through still, reeded, misty waters at sunset, three moons in the aurora-splashed sky, a golden whippet in your lap. It’s also the one track that doesn’t go into any scary noise places so I thought it was a good one to finish on.